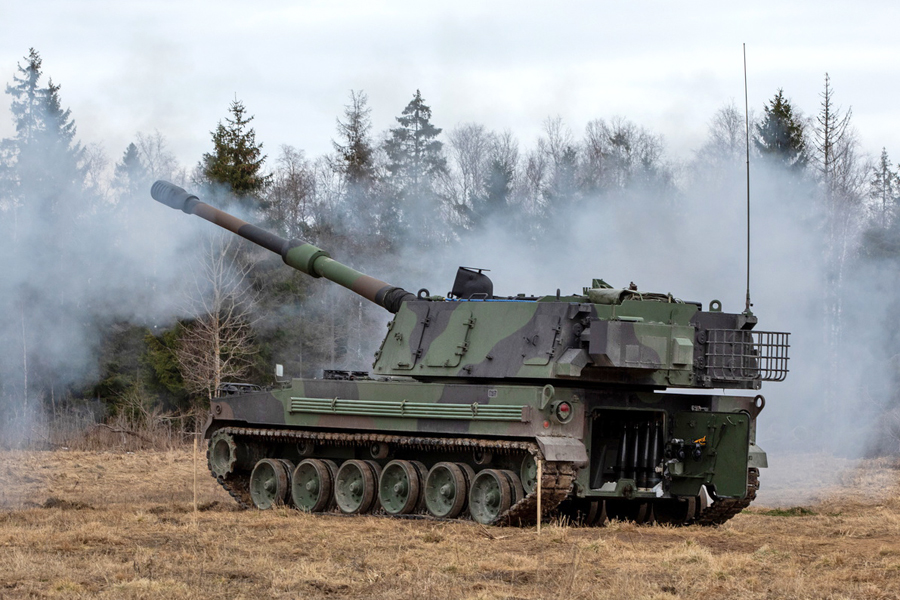 During the firing, the Tooru fire support system was also successfully tested, which allows commanders to transmit their fire orders digitally directly to the armed squadron’s armed crew, thus significantly reducing the time required to transmit a fire order. The development and deployment of such a system will make the artillery battalion an even faster and more effective force on the battlefield.

The in-depth training that preceded the launch of the K9 self-propelled howitzer began in September last year in South Korea, where a weapons user level course was held. The training will continue until mid-April in Tapa, where a weapon maintenance and repair course is underway, which will be attended by almost 20 employees.

The K9 Kõu self-propelled howitzer has high throughput, tracks, good armour protection and high fire power. The lifespan of weapon systems is 45 years, which means that Estonian artillery can use these weapon systems for at least another 30 years. Because the artillery cannons are armoured and self-propelled, this increases the protection of the artillery crew and allows for faster manoeuvring, which increases immunity and firepower. The weapon system is simple and reliable, suitable for use by both conscripts and reservists.