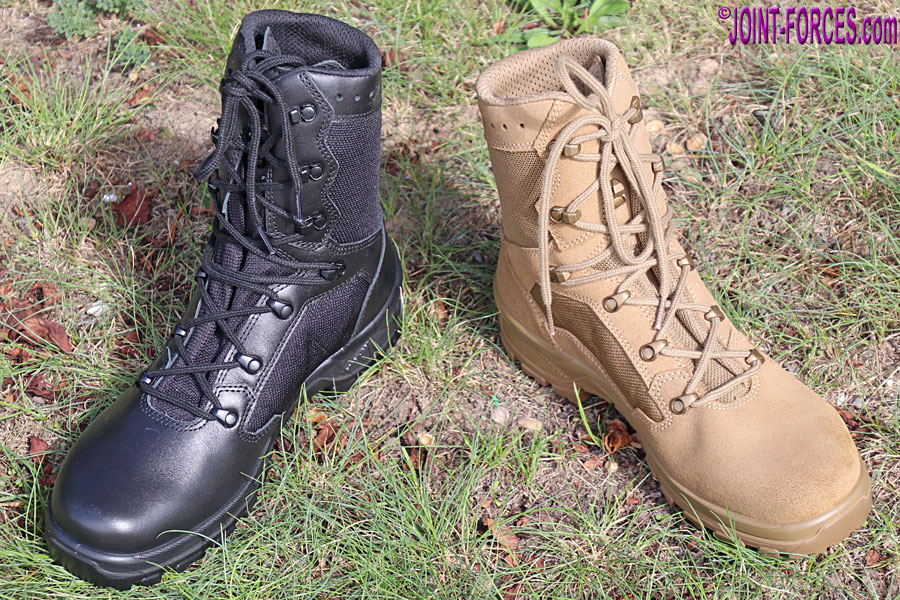 At the recent MSPO defence and security expo in Poland we were given a first look at the new HAIX Airpower P3 and P9 boot models, reports Bob Morrison.

Over the last couple of years or so the Bavarian and Croatian military and blue light sector footwear manufacturer HAIX Schuhe has been updating some of its popular boot models to bring the designs forward for the 2020s.

We have already seen how several models in the HAIX Black Eagle and HAIX Scout ranges have been updated, as denoted by a 2.0 suffix in the model name, and now it is the turn of the Airpower range to be tweaked. From Spring 2012, once sufficient stocks have been built up for European distribution, the new Airpower P3 black light service boot and the slightly lower Airpower P9 desert boot models will be available for private purchase. Technologically, other than the sole pattern and a mostly cosmetic redesign of the uppers, the new boots are unchanged but according to one of the HAIX team we spent time with at MSPO 20 in Kielce the new look is intended to be more aggressively angular and more current.

Like their predecessors, the new Airpower P-range boots have uppers constructed from a combination of textile and leather or suede and they use a Gore-Tex Extended Comfort membrane liner sock to make them both waterproof and breathable. The new sole unit is more angular than the original and looks to be a derivative of the sole pattern found on the Black Eagle Nature range. At time of writing, no specification sheet is yet available for either of these new models but we are assured that, with the exception of the new sole which has been designed to offer similar properties to the old, there should be no technical difference.

Hopefully I will get a chance to evaluate one of these new boot models around the time they become available for purchase. At MSPO I was also able to photograph four other HAIX boots, including two models currently in service with a NATO country, a third model which has been submitted to meet the specific requirements of another NATO nation and an interesting combination boot with suede and camo textile uppers. I plan to took a brief look at these next.