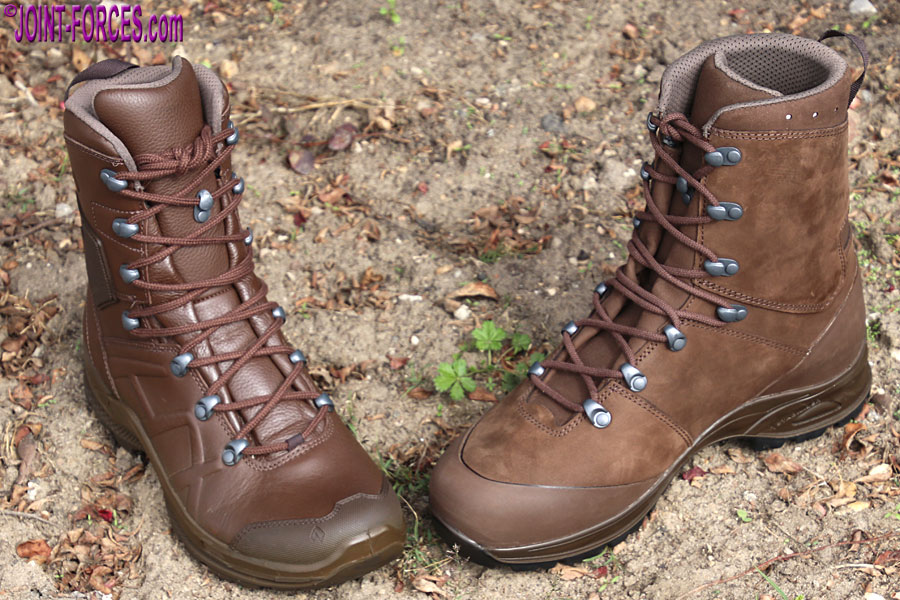 When the Danish Army adopted M/11 Multiterrænsløring camouflage pattern (i.e. MultiCam) in place of M84 Kampuniform, initially for troops deploying to Afghanistan in 2013 before rolling out across the service, they also moved away from black to brown combat boots in similar fashion to the UK Armed Forces (who had shortly before changed to the similar colourway Multi-Terrain Pattern camo).

Just like the UK MoD, over the last few years the Danish Defence Forces (Forsvaret) have procured different categories of brown military boot from various manufacturers (primarily ALTBERG, HAIX and Magnum) and new multi-year contracts are periodically put out to tender. While maybe a generation or so back most armies were happy to buy COTS (Commercial Off-The-Shelf) boot designs from large manufacturers or local producers / suppliers, these days many are much more choosy and draw up very detailed specifications to suit the precise requirements of their troops. As a result it is not unusual to now find military boot models which are derivatives of popular COTS styles but which, because produced purely for a specific government contract, are not commercially available. To give examples many readers will be familiar with, while new pairs of the high volume current UK MoD Boot Patrol model from Spanish supplier Iturri are available for private purchase via a commercial outlet, the same company’s lower production quantity UK MoD Boot Cold Wet Weather and UK MoD Boot Desert Combat High Liability models can only be sourced ‘pre-owned’ through the surplus dealer network.

Back to the Danish HAIX boots, which I have not been able to wear test so in this article can really only bring readers my observations. The HAIX Forsvaret Combat Boot Light (Patrol Boot) is an all-leather barracks boot and the HAIX Forsvaret Combat Boot Heavy (Combat Boot) is a Nubuck leather boot with a Gore-Tex Extended Comfort breathable and waterproof three-ply membrane. The Combat Boot Light is intended primarily for rear echelon use and does not have a waterproof membrane as it is not meant to be worn for extended periods in the field; it is also all-leather to allow it to be highly polished for the parade ground. The Combat Boot Heavy, on the other hand, is what the British would class as Combat High Liability footwear which is likely to see prolonged wear in the field and therefore does not need to be polished but does need to keep the foot dry in possibly quite adverse conditions.

Visually, both Danish boots are very similar to the commercial HAIX Black Eagle Tactical high leg models but there are a number of differences to meet the specifics of the Danish MoD requirements. Most notably:-

Although I have not tried out the HAIX Danish combat boots, I have tested the mid-height versions of both the all-leather Black Eagle Tactical 2.0 T non-membrane boot and the Black Eagle Nature GTX Nubuck with membrane boot. At time of writing, product specification sheets for the two Danish boots are not available but general details are most likey very similar the commercial Black Eagle boots. You can read my thoughts about the Nubuck leather (i.e. Nature model) Black Eagle boot on the links below but be aware the COTS boots uppers have more textile content :-