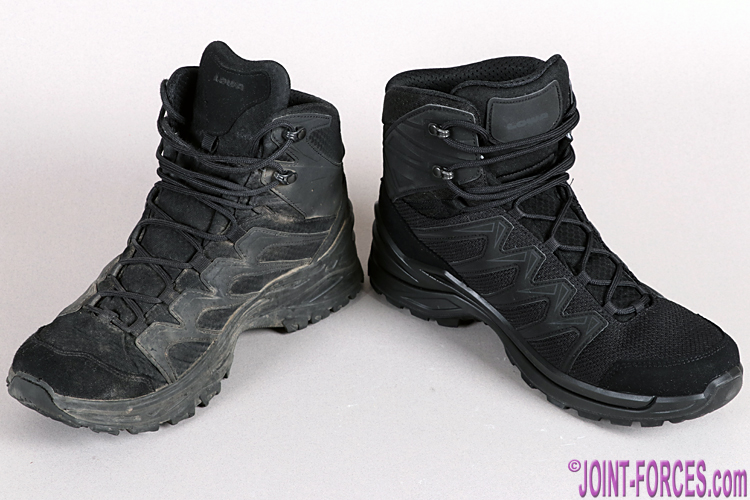 Before testing the new Lowa INNOX PRO GTX MID TF boots, picked up at OTS 2019, I felt it best to let readers see what they look like straight out the box, writes Bob Morrison.

I have worn LOWA INNOX boots since they first appeared in the summer of 2015, alternating them with their HAIX Black Eagle equivalent, as my everyday boots when not wear testing other combat boots.

For the last sixteen months I have been beasting a pair of black INNOX mid-height boots, after having worn a Coyote Tan pair into the ground, and they are still comfortable with plenty of life left in them, even though I have worn down the soles quite a bit. In the accompanying photos I have placed one of the new INNOX PRO GTX boots next to an original INNOX GTX to allow readers to see the differences for themselves, but other than a new sole unit and slightly higher collar at the rear, plus minor styling changes, there is little difference in construction. As per the original, the new INNOX PRO GTX model uppers are suede and fabric and the lining is non-insulated Gore-Tex Extended Comfort. The weight for a single UK 10.5 boot is just 550g, which is a minuscule 15g more than the earlier model.

Look here for more on the original INNOX and my follow-up review on the INNOX PRO:-