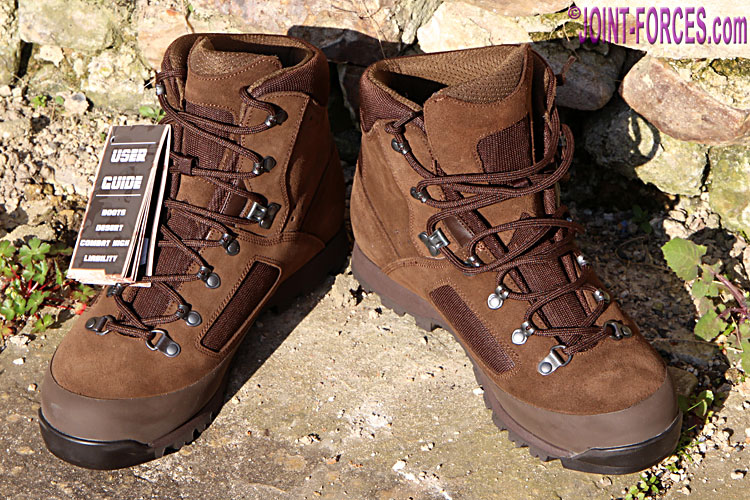 We have this afternoon taken delivery of the new UK Forces Boot Desert Combat High Liability [BDCHL] now being supplied by Iturri to the Ministry of Defence and after wear-testing it we will bring readers a fuller review.

One of two new BDCHL models ordered by the UK MoD last autumn, the other one being produced by HAIX, this Iturri boot is mid-height and of suede & fabric construction.

The original tender documentation for the latest boot contract estimated that 90,000 pairs of the BDCHL would likely be required, ordered from two manufacturers supplying different styles, to keep the armed forces marching for the next seven years.

Once I have trialled these boots in warm conditions, possibly somewhere arid insha’Allah, and been sent a specification sheet, I will pen a more detailed review for JF.