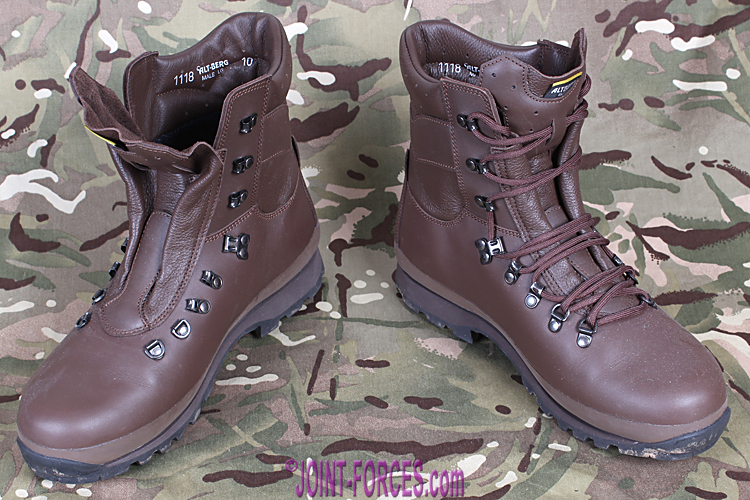 At the end of March Yorkshire-based ALT-BERG sent JOINT-FORCES a sample pair of their latest UK MoD Brown model, the Defender Mk.2, which is one of two types chosen after competitive trials to fulfil the Boots Combat High Liability (BCHL) requirement for the next five or so years. In addition to this category, two Desert Combat High Liability, one Cold Wet Weather*, one Patrol and one Jungle boot models have also been selected from footwear manufacturers AKU, HAIX and ITURRI; hopefully we will have the opportunity to review each of these in due course. 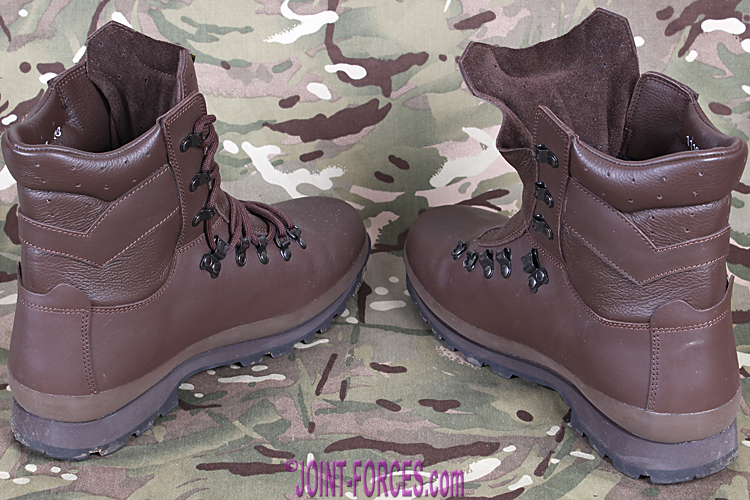 Although very similar to the Defender-based BCHL issued by UK MoD from 2012 to 2017 the Mk.2 has a few subtle changes [© BM]

I have now had the opportunity to wear the new Defender Mk.2 boots for three weeks, on various types of terrain including waterlogged heathland and shingle as well as firm going, in temperatures ranging from a little below freezing to just above 20C, and am well satisfied with their performance. That being said, as I have worn an original pair of UK MoD Trials Defender Mk.1 boots on and off for the last six years and the construction differences between old and new are relatively minor, plus both were formed on the same design of last, I did not really expect any surprises.

The main visual difference between the Mk.1 and Mk.2 is the replacement of the top two pairs of open lace hooks with closed lace loops / tunnels; this break with ALT-BERG tradition was a specific MoD requirement to eliminate the possibility of snagging on nets and cords (including parachute rigging lines). A less easy difference to spot is the cut of the top collar, which has been redesigned slightly at MoD request to increase comfort for those spending long periods driving vehicles or sitting in blast-protected seating (when the lower leg should be vertical rather than stretched out casually for comfort). Other minor differences include meshtex padding to the tongue to increase breathability and a lace slot cut in the outer face of the tongue to position it better, should this be required by the wearer. 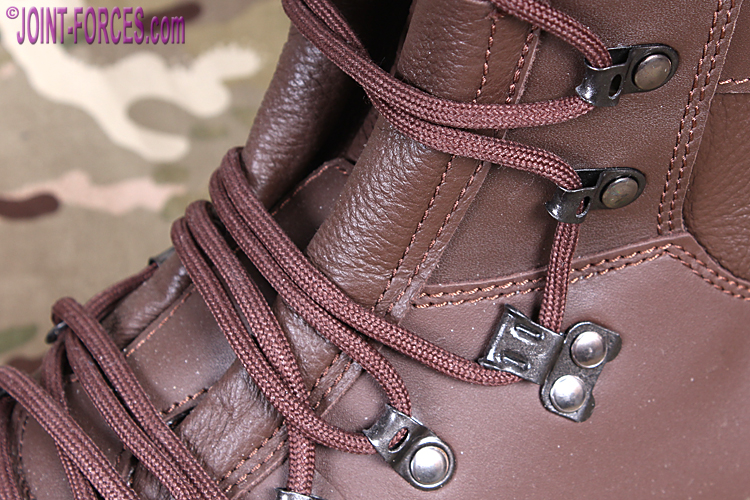 To meet the BCHL specification requirements, the Defender Mk.2 has been designed to support the foot and ankle when the wearer is carrying patrol and assault loads of 25kg or tabbing/yomping loads of 45kg. Anticipated terrains it needs to be capable of tackling include field, track, road, rubble/scree, moor and rock with duty activities varying from static through to combat. Design climate range is -10 to +35C with humidity between 0% to 80% rh catered for, if appropriate socks are being worn, though Desert, Jungle and Cold Wet Weather boot models have also been procured for those spending longer periods at the more extreme ends of the thermometer.

As should be obvious from the photos, the Defender Mk.2 combat boot is full leather and the specification sheets states that minimum 2.4mm full grain, water-repellent Anfibio European hides are used. The lining, which is non-waterproof, is breathable and rapid-drying Cambrelle; the family who own ALT-BERG are insistent that the best way to keep the foot dry in all climates and operating conditions is to make use the natural properties of the leather rather than relying on synthetic materials. A very informative illustrated pamphlet on boot care and sizing is included in the box with every pair of MoD issue boots, along with a tin of the company’s Leder Gris wax oil for keeping the leather supple. 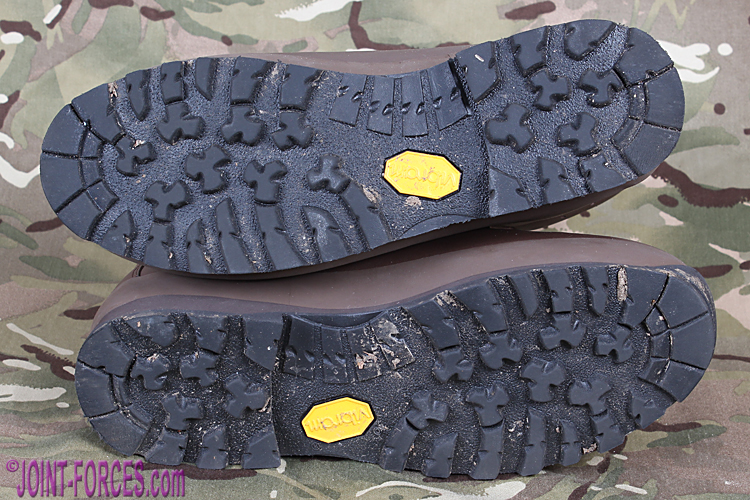 Turning to the bottom now, the well-proven VIBRAM Tsavo outsole is used along with a Tri-flex three-season multi-terrain support midsole and a removable Cambrelle-covered airgrid waffle insole. The comfortable lining is breathable and fast-drying Cambrelle throughout. Sizes available are from UK3 to UK9 for Ladies and UK7 to UK15 for Men, in full sizes only, with Medium and Large fittings being available; Narrow and Half Size requirements are catered for with inserts (see the pamphlet for instructions). Weight for the standard UK Size 9 is quoted at 709 grammes – my perfect fit UK10 Large tips the scales at 805g – and the MoD specified height from footbed to highest point for a male UK9 boot is 180mm.

For more details on ALT-BERG Boots, or to purchase privately go to Altberg.co.uk. An interactive map showing stockists of both military and civilian models can also be found there. Collar design is slightly changed at MoD request, tongue is well-padded but flexible and has a new lace eyelet, and boots are supplied with a tin of Leder-Gris [© BM]