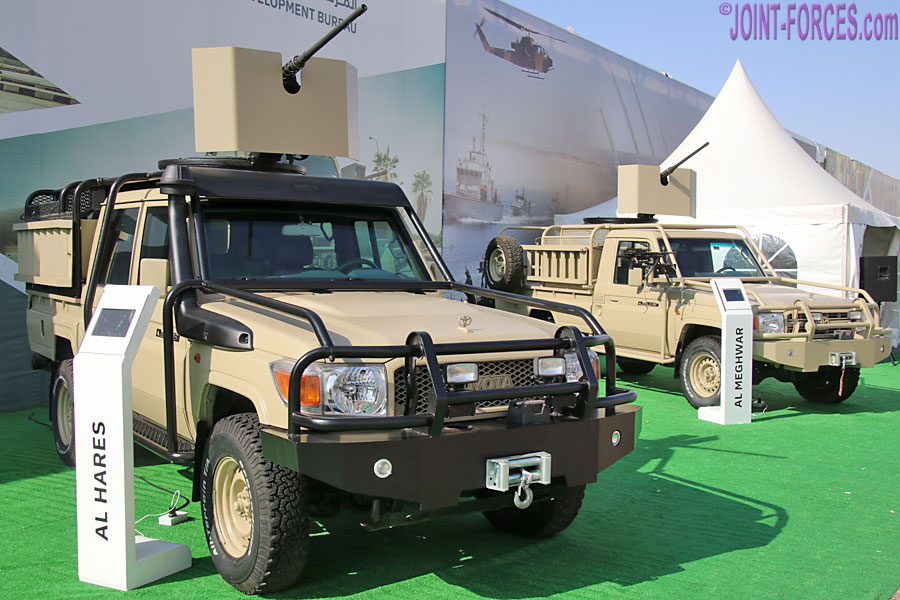 Over the four years between SOFEX 2018 in Amman and SOFEX 2022 in Aqaba the Jordanian Government-owned JODDB or Jordan Design and Development Bureau, which was formed in 1999 as KADDB or King Abdullah II Design & Development Bureau, has been producing updated light vehicles on both the latest Toyota Land Cruiser 79 chassis and rear-engined space frame ‘dune buggy’ designs. The JLVM (Jordan Light Vehicle Manufacturing) subsidiary of JODDB, which celebrates twenty years in business during 2023, is responsible for production of these interesting vehicles, some of which are likely to replace ageing earlier generation designs nearing the end of their service life. It is my intention to look a little closer at these in future features, but in the meantime hopefully the accompanying images should be of interest to our light military vehicle aficionado readers.