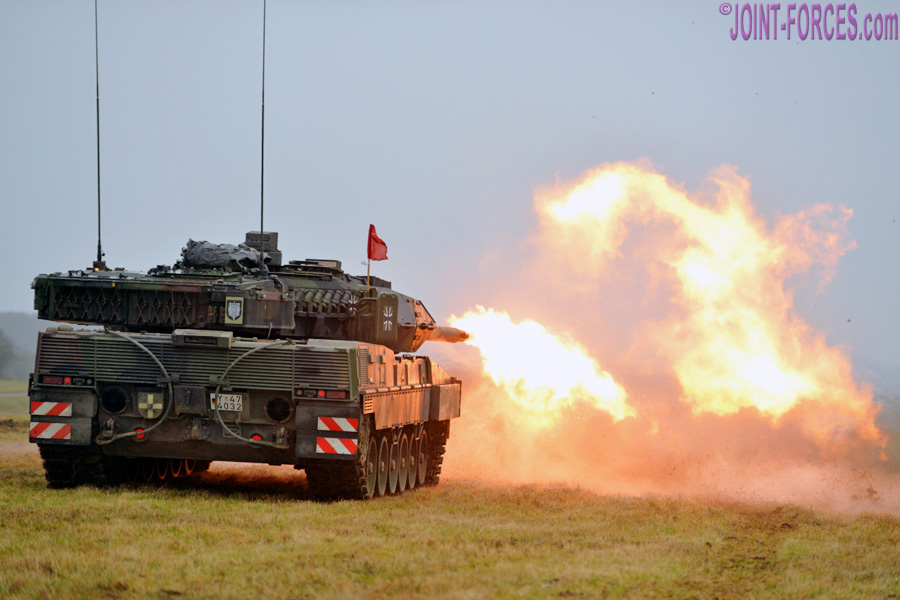 With the Leopard 2A7V ‘Verbessert‘ the German Army is fielding a new variant of its main battle tank featuring many improvements, reports Carl Schulze.

For more than 40 years the Leopard 2 main battle tank has been the main weapon system of the German Panzertruppe or armoured forces. Despite its age, the several times upgraded vehicle is still regarded one of the best MBTs of the world; many experts even rate it the best vehicle of its class. With the Leopard 2A7V the German Army is currently fielding a new variant of the tank that again features many improvements; the ‘V’ in the designation standing for Verbessert, which in English means improved.

Enhanced protection, greater mobility, improved command and control, increased sustainability and more firepower are reasons for the procurement of the Leopard 2A7V. The primary reason for the introduction of the new variant of the MBT, however, was the requirement of the German Army for an increased number of Leopard 2A7 MBTs.

The Leopard 2A7 main battle tank entered service with the Bundeswehr in 2014. That only 20 Leopard 2A7 were procured was based on a deal between Canada and Germany. As an Urgent Operational Requirement Canada had leased 20 Leopard 2A6M MBTs from Germany in 2007. These vehicles were earmarked for service with Canadian troops deployed to Afghanistan as part of ISAF and as such were modified in many ways. While the operational deployment in Afghanistan was still ongoing Canada eventually decided to keep the MBTs and came to an understanding with Germany that instead of these tanks, Canada would hand back 20 Leopard 2A6NL tanks which the country had previously procured from Netherlands surplus stocks, and which would be brought to Leopard 2A6M standard with funds provided by Canada.

Germany in turn used the opportunity to further upgrade these vehicles to Leopard 2A7 standard by committing additional funds. Due to a predetermined timeframe only upgrades that previously had been designed to series production standard could be implemented. When the Leopard 2A7 entered service from 2014 onwards they therefore only featured the following major upgrades in comparison to the Leopard 2A6M:-

Improving the Leopard 2A7: When the Leopard 2A7 was fielded the Bundeswehr was already planning to procure more upgraded vehicles, in which additional upgrades were to be implemented. These plans were implemented in 2017, when on 5th May a contract with a value of 760 million Euros was signed with Krauss-Maffei Wegmann GmbH & Co. KG (KMW) for upgrading 104 vehicles to the further improved Leopard 2A7V standard.

The vehicles to be upgraded were the 20 existing Leopard 2A7, 68 mothballed Leopard 2A4 and 16 surplus Leopard 2A6NL originating from Dutch stocks. In the case of the Leopard 2A4s and Leopard 2A6NLs the hulls of the vehicles, that were worn out and for which a repair would have been too expensive, were replaced by newly built ones. The delivery of all 104 Leopard 2A7V is scheduled to be completed in 2023.

The first Leopard 2A7V MBT was officially handed over to the Bundeswehr at the Krauss-Maffei Wegmann GmbH & Co KG facility in Munich on the 29th of October 2019. This event was followed by a series of trials aimed at determining whether the new Leopard variant was fit for service. Fielding at unit level started two years later, when on 15th September 2021 the Bad Frankenhausen based Panzer Bataillon 393 became the first formation to take delivery of the MBT. By 2022 the unit will be issued the complete battalion set of 44 Leopard 2A7V MBTs.

In November 2021 the unit, which belongs to the Panzer Grenadier Brigade 37 ‘Freistaat Sachsen‘, participated with some of its new tanks in a major training exercise held at the GÜZ H combat training centre of the German Army. This was followed by a first live firing on the Bergen training Area in December 2021, during which the 120mm L55A1 smoothbore tank guns of the vehicles were zeroed with training ammunition and the DM11 HE FRAG-T ammunition. Another live fire session was conducted at the Putlos Training Area in late January and early February 2022. During this session a total of 34 Leopard 2A7V MBTs were zeroed, this time on all four types of ammunition available for the vehicle, including the DM63A1 Armour Piercing Fin-Stabilised Discarding Sabot (APFSDS) ammunition.

The second unit to be equipped with the Leopard 2A7V is the Munster based Panzer Lehr Bataillon 93, of Panzer Lehr Brigade 9 ‘Niedersachsen‘. This battalion was issued its first five vehicles during a ceremony held on the 7th of February 2022; the ceremony was part of the inaugural visit of the new German Defence Minister Christine Lambrecht of the Social Democratic Party of Germany to the German Army.