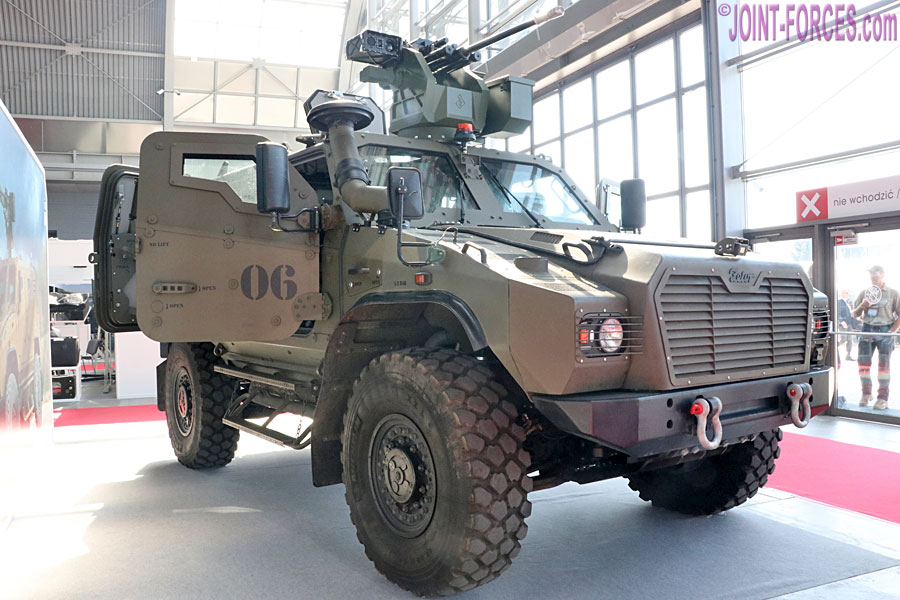 The Zetor GERLACH 4×4 is a Multi-Purpose Armoured Vehicle (MPAV) conceived for a Slovakian Army requirement and also offered to Poland, writes Bob Morrison.

First unveiled at the BDET defence expo in its home country in 2019, the GERLACH is designed by Zetor Engineering of Bytča in north-west Slovakia. Designated ATV Zetor GERLACH 4×4 by the company, though this abbreviation is more normally used for non-armoured All-Terrain Vehicles, this modular concept vehicle falls into the sub-15t MPAV class.

Initially presented in four-door configuration with seating for six (two crew plus four dismounts) and with a remote weapon station, the GERLACH has also been offered in open-topped Special Operations configuration and several other options, including Ambulance and Patrol (with a crewed turret) have been proposed. Although also offered for Poland’s delayed PEGAZ (PEGASUS) project, the GERLACH was not one of the four vehicle types down-selected in 2020 for the initial Special Operations Forces requirement but the company is still hopeful that it might be in the running for the main requirement for over 250 vehicles for the Military Police (Żandarmeria Wojskowa) and Land Forces (Wojska Lądowe).

Measuring 5920 x 2550 x 2600mm (top of hull) with a 3600mm wheelbase and weighing 14,500kg gross, the Zetor GERLACH is powered by a 240kW engine through a 6-speed automatic gearbox giving a maximum road speed of 117km/hr. Basic ballistic protection for the crew cell is STANAG 4569 AEP-55 Volume 1 Level 3 and mine protection is Volume 2 Level 3a / 3b. The vehicle has a suspended double floor above the portal frame chassis and additional modular armour with anti-mine V-shield protection can be added, if specified by the customer.

Total payload is quoted as being 2300kg, of which 1500kg can be transported in the 2.3m³ cargo compartment behind the main crew cell. Ground clearance is 465 mm, approach and departure angles are 45°, a 70% gradient can be climbed, a side slope in excess of 40% can be tackled, a vertical step of 500mm can be climbed, a 1000mm trench can be crossed and 1200mm of water can be forded without preparation. A combined range of 600km, 60/40 on- and off-road, is possible on the 220 litre fuel tanks.

If the GERLACH were to be produced for the Slovakian military requirement it could and would be manufactured entirely in Slovakia, but for other defence and security markets the company would partner locally if necessary and if quantities were sufficiently high. Various weapons stations weighing up to 500kg, produced by different manufacturers, can easily be incorporated with minimal changes to the core vehicle design.