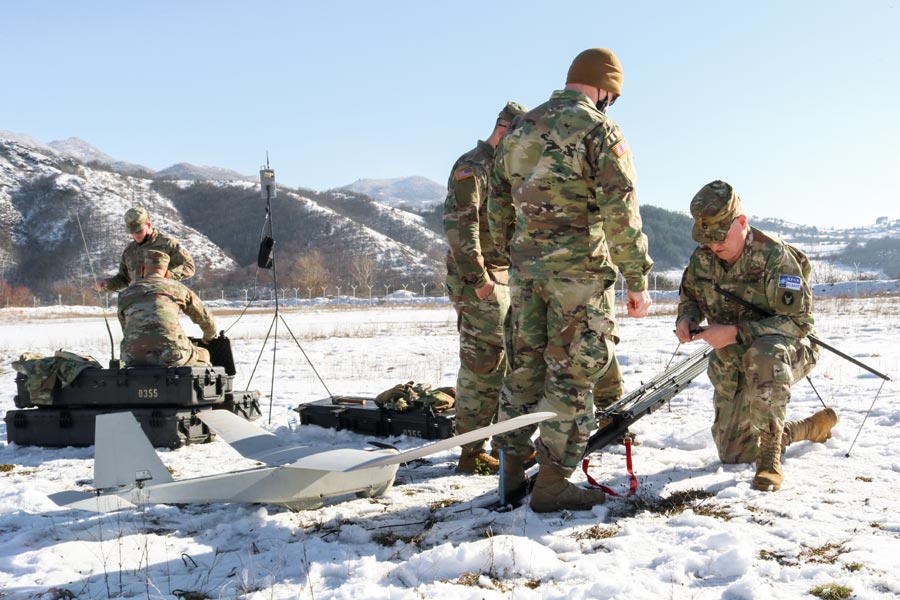 Iowa Army National Guard soldiers deployed with KFOR in Kosovo have constructed a launching mechanism for an RQ-20 PUMA UAS.

Troop B is serving in Regional Command-East KFOR (Kosovo FORce) 28 to help maintain the safety and security of all people in Kosovo. One of the unit’s primary missions is conducting patrols along the country’s administrative boundary line. Training on the PUMA aircraft will allow them to survey vehicle patrol routes beforehand, ensuring safe road and environmental conditions.

That same day, soldiers assigned to KFOR Regional Command-East conducted a Helicopter Landing Site clearing mission along the administrative boundary line in Kosovo. Regular HLS missions are essential to KFOR to maintain a safe and secure environment for all people in Kosovo.