Russian Armour On Patrol In Syria 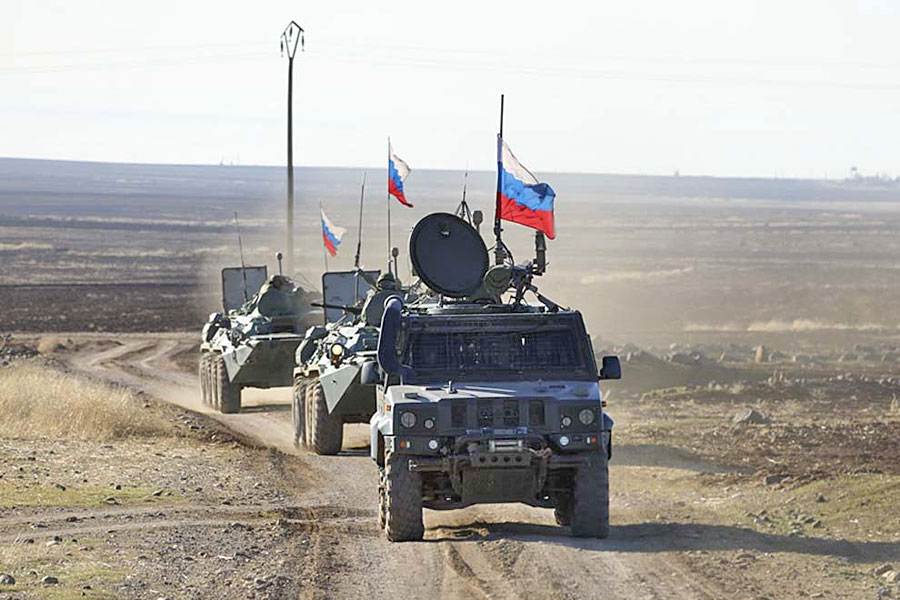 The Russian Federation MoD today issued a set of images of soldiers on patrol in Syria in the north-eastern province of Al-Hasakah.

The series of photos taken near the hamlet of Şelhomiyê or Al-Shalhoumieh, a few kilometres south of the Turkish border in a Syriac-Orthodox area, is of interest as most images show a Russian Lynx (or Rys’) Light Multirole Vehicle leading a pair of BTR-80 8×8 armoured personnel carriers on an operational patrol.

The Russian version of the Iveco Lince LMV, the Rys’ (Рысь in Cyrillic) fleet was reportedly relegated to Military Police internal security duties in 2016, so it was a little surprising to see one still operationally deployed with Russian Forces in the Middle East. Around 425 examples of the Rys’ , 85% of which were assembled in Russia from Italian kits, are believed to have entered service in the first half of the last decade. The vehicle is externally almost identical to the British Iveco Panther CLV (Command and Liaison Vehicle) but does not have a Remote Weapon System or smoke dischargers.