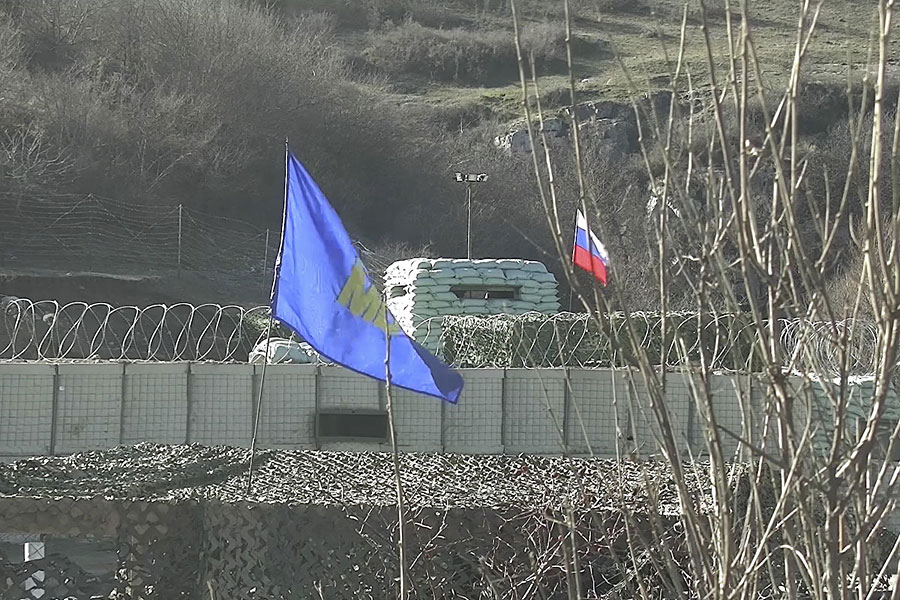 Observation posts of Russian peacekeepers have been equipped with modern Blockhouse (Блокпост) fortifications and living modules.

Following on from a Press Release on 12 December 2020 (Nagorno-Karabakh ~ Russian Peacekeeper Checkpoints) the Russian Ministry of Defence has issued another brief article with images focussing on the temporary Блокпост (translates as Blockhouse) vehicle check points or VCPs, consisting of bastion fortifications plus containerised living quarters, which are being employed by Russian Peacekeepers in Nagorno-Karabakh:-

[Auto-translation] Servicemen of the Russian peacekeeping contigent carry out the tasks of controlling and monitoring the ceasefire at observation posts equipped with modern fortifications and modules for comfortable living.

Observation posts are equipped with ‘Blockhouse’ fortifications, designed to protect servicemen from small arms and shrapnel, as well as conduct all-round observation of the surrounding area.

At present, Russian peacekeepers are monitoring the situation around the clock and overseeing the observance of the ceasefire. Russian peacekeepers ensure the safety of civilian vehicles and the movement of residents through the Lachin corridor, as well as along the entire line of contact of the warring parties.