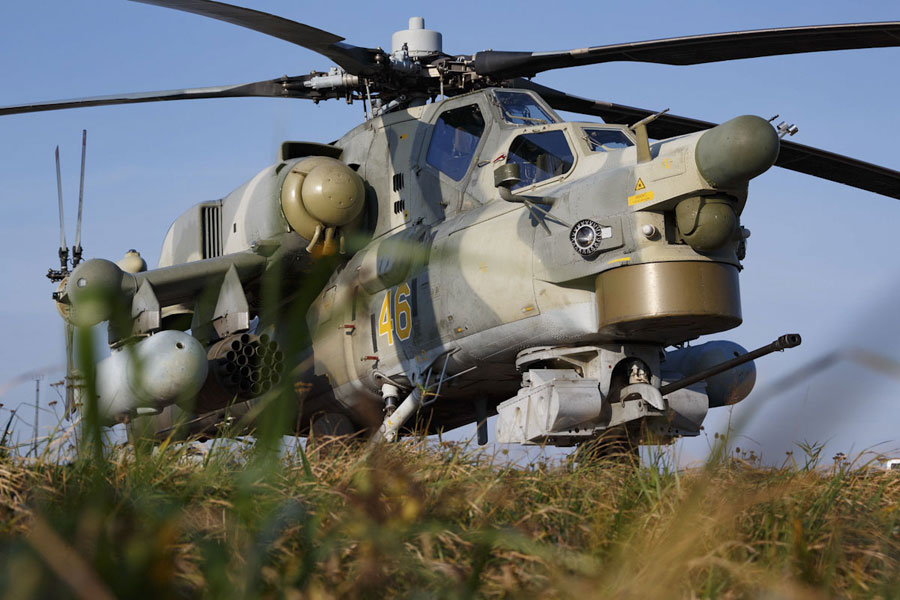 A sequence of Mi-28 Havoc live-fire exercise images was issued on the eve of the 72nd anniversary of Russian Army Aviation Aerospace Forces.

Moscow, 28 October 2020: [auto-translated] Russian Army Aviation Aerospace Forces celebrated its 72nd anniversary. On the eve of the professional holiday, the pilots of the Army Aviation of the State Centre for Combat Use and Retraining of Flight Personnel of the Russian Ministry of Defence conducted combat flights against ground targets. During the flights, the crews of the Mi-28N helicopters performed launches of guided and unguided missiles, as well as firing a cannon at targets denoting conventional armoured and automotive vehicles.

“The Army Aviation ends the academic year with good units, air formations and took part in more than 840 basic combat training events. The average flight time for a pilot was about 100 hours. The aircraft combat training plan for 2020 has been fully implemented,”said Colonel Igor Romanov, head of the Army Aviation of the Aerospace Forces.

Army Aviation dates back to 1948, when the first helicopter squadron was formed in Serpukhov. Initially, the helicopters performed only auxiliary tasks – delivering mail, reports, adjusting artillery fire, aerial reconnaissance. Later, with the improvement of tactics, conduct of hostilities, helicopters and air assets, aviation of aviation expanded. At the present stage, being part of the Air Force of the Aerospace Forces, Army Aviation solves a wide range of tasks – these are fire, airborne transport, reconnaissance and special tasks. Today, aviation is armed with modern aviation systems, is a highly mobile means, is one of the main means of achieving goals in armed conflicts, solves not only combat and special tasks, but also tasks to eliminate the consequences of natural and man-made disasters.

Source: Department of Information and Mass Communications of Defence of the Russian Federation