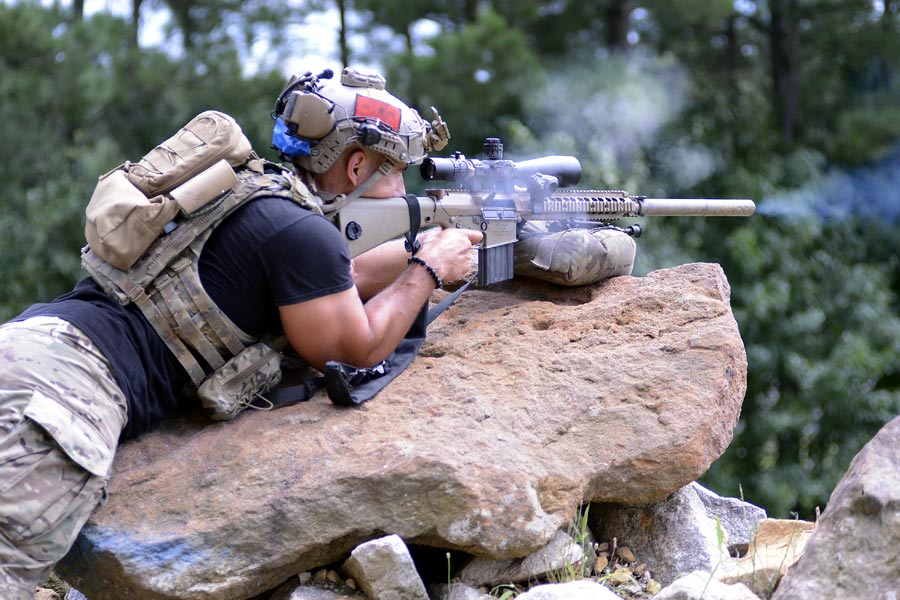 A student assigned to the US Army JFK SWCS who is in the Special Forces Sniper Course engages long-distance targets during training at Fort Bragg, 25 August 2020 [US Army: K Kassens]

Earlier this week the US DoD released a rare set of images of Special Forces Snipers on the firing ranges at the JFK SWCS at Fort Bragg.

The rifle used in most, though not all, of the accompanying images was the 7.62mm M110 SASS (Semi-Automatic Sniper System) with suppressor, produced by Knights Armament Company (KAC) of Titusville in Florida. Internationally, the Special Forces or Special Operations Forces of at least ten other nations use this weapon. As can be seen from one of the images, the wind meter used by students was the Kestrel Elite with Applied Ballistics. It is also interesting to see both Arid and Tropical variants of MultiCam being worn in some shots.