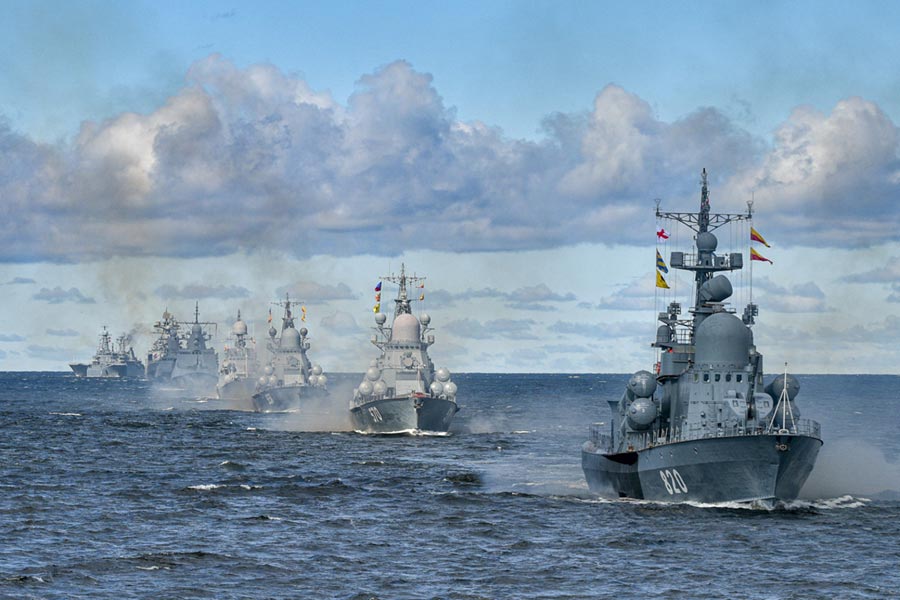 The Main Naval Parade in honour of the Russian Day of the Navy is scheduled to take place tomorrow (26th) off Saint Petersburg on the Baltic Sea.

The accompanying photos, taken at last weekend’s rehearsal and provided by the Army of Russia Advertising and Information Agency, show the parade ships practising movement manoeuvres in the Gulf of Finland and participating Ka-27 anti-submarine helicopters in formation over the central part of the city.