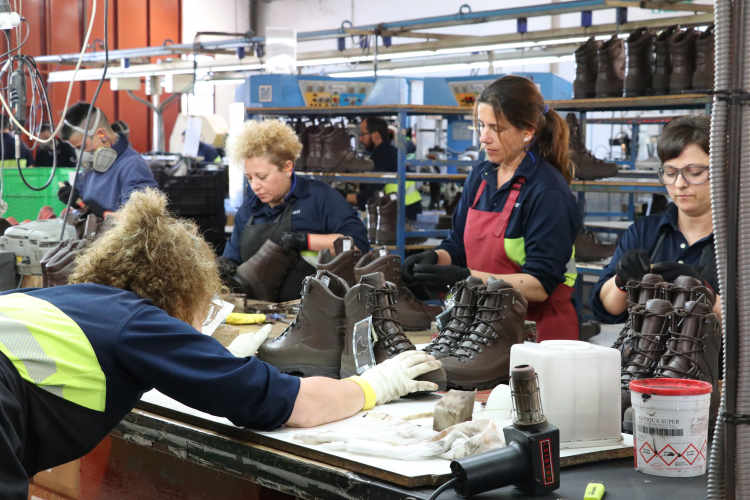 Just one of many footwear factories used by the company in Spain and around the world, the La Palma plant is currently part way through a roughly three week long, 500 pairs per day, production batch of Cold Wet Weather combat boots for the UK Ministry of Defence. After the uppers are assembled at a factory in Morocco they are transported by lorry and ferry to the Spanish factory, roughly midway between Seville and Huelva, where highly skilled workers last, sole and finish the boots then, after final inspection, pack them ready for transportation to the UK for distribution and issue to Royal Marines and British Army personnel deploying to Arctic and and other cold wet weather regions. Over the next couple of weeks we plan to produce a full feature on the Iturri footwear manufacturing operation.