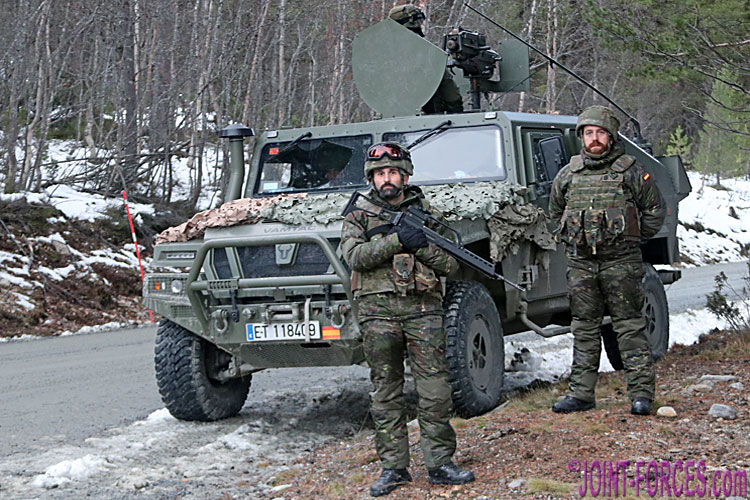 The VAMTAC, short for Vehículo de Alta Movilidad Táctico or High Mobility Tactical Vehicle, is manufactured by URO Vehículos Especiales S.A. of Santiago de Compostela in the Galicia region of north-west Spain. Both dimensionally and visually it bears many similarities to the US HMMWV (High Mobility Multi-purpose Wheeled Vehicle) or Hum-vee but it is not a direct copy.

Designed in the mid-1990s to meet a specific Spanish military requirement, the VAMTAC was ordered in preference to the Hum-vee and entered service in 1998 with a large initial batch of over 1,000 vehicles being produced over five years. Several different variants were procured, mostly softskin, but up-armoured versions were also produced. The Spanish government ordered a substantial second batch of vehicles in 2005, then a third batch in 2013, and gradually other countries, mostly outside NATO, started to order it in preference to its American equivalent; by 2017 company sales literature stated “ with about 50 different configurations the VAMTAC is present in more than 20 countries”.

Originally designated T3 and T5, which I suspect represented softskin and armoured versions respectively, after upgrades the designations were changed to I3 and I5 but as company promotional literature on their military vehicles is rather vague and as their original website has not been updated for over a decade (their promised new website has been ‘under construction’ for years) it is difficult to verify precise details. What is obvious, however, is that there are two distinct four-door sloping back models which, from a distance, can look very similar but closer inspection reveals their bodywork is very different with one of them being up-armoured.

The bulk of the Spanish Army VAMTAC fleet I spotted out in Norway during TRJE18, where they were operating as part of the Italian-led multinational battlegroup, were up-armoured four-door vehicles with crew-served weapons on roof hatch ring mounts but I also spotted a few ordinary steel-bodied vehicles with roof hatches and no weapons mounts. Both were serving with I/45th Motorised Infantry Battalion ‘Guipúzcoa’, which is from 45th Infantry Regiment ‘Garellano’ based in Mungia in the Basque region and the third infantry battalion serving with 10th Brigade ‘Guzmán el Bueno’.

Six of the first seven images on this page were taken very late in the afternoon of D+1 midway along the minor road from Oppdal to Lønset where South (Blue) Force combat engineers had just laid a simulated minefield to slow down the North (Red) Force amphibious task force advancing eastwards from the beachheads at Ålvund and Sunndalsøra. This Spanish infantry unit preparing to move forward and cover the minefield consisted of four VAMTACs, three of which were up-armoured variants and one of which was steel-bodied; note the angular sides and protruding armoured vision blocks of the former.

I caught up with this unit again at a forward headquarters location on D+2 where the fourth shot of 118409 was taken and also grabbed the opportunity to photograph steel-bodied 108803 out in the open; note how this version is more slab-sided and the unarmoured door glazing is rectangular (plus these windows can be opened). There was also an unarmoured VAMTAC ambulance at this location and I snapped of a shot for the record, but unfortunately I did not have time to do a photographic walk-round (however I have included two shots of a similar vehicle snapped in Latvia in November 2017).

It is my intention to research a little deeper into the VAMTAC subject with company representatives at a defence expo later this year and if successful I will return to this interesting, but seldom covered, Galician vehicle in a future feature. If all goes to plan, the next article in this TRJE18 series will focus on the Spanish SANTANA Militar (PS-10) 4×4 utility vehicle. 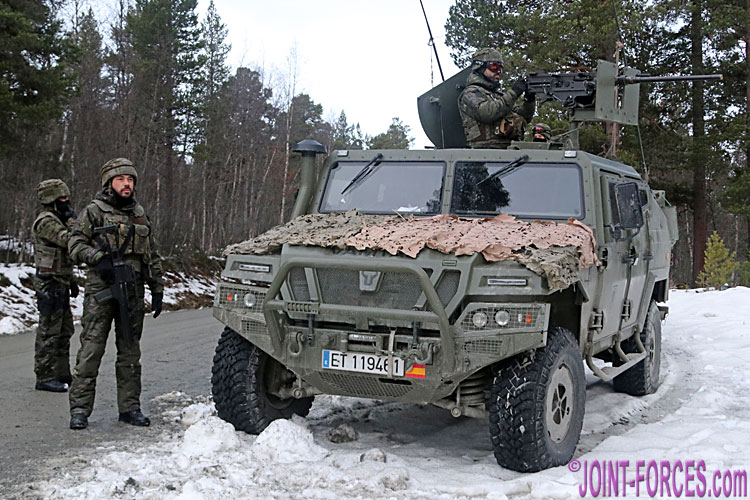 The third armoured VAMTAC in the convoy and front vehicle in the previous shot – 12.7mm machine gun and mount detail is more obvious here [©BM] 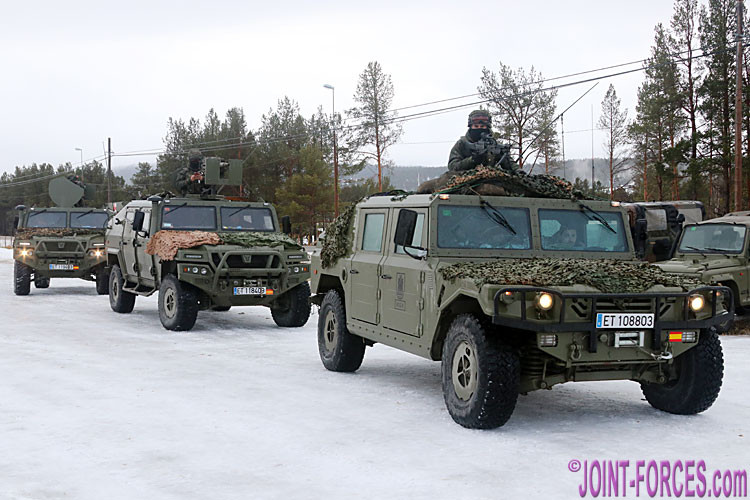 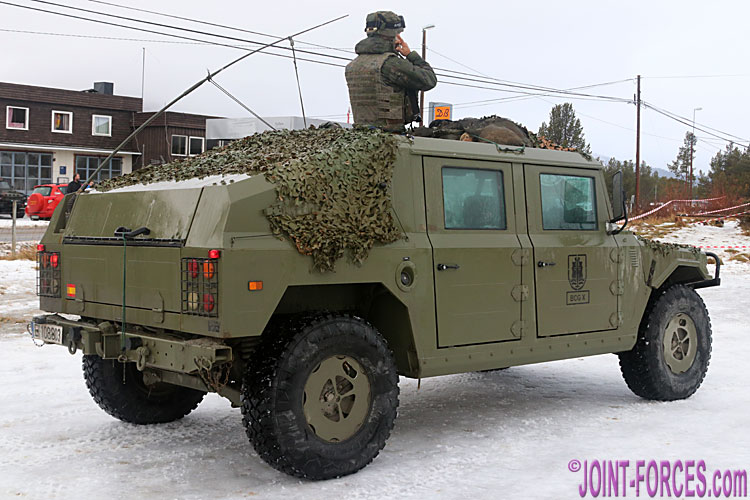 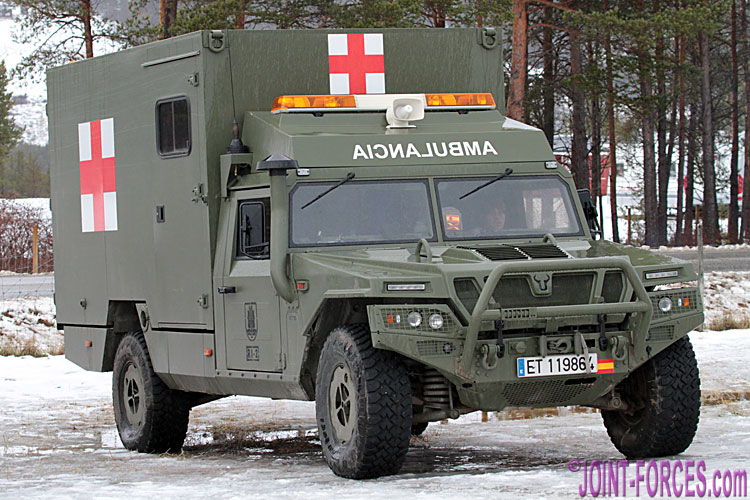 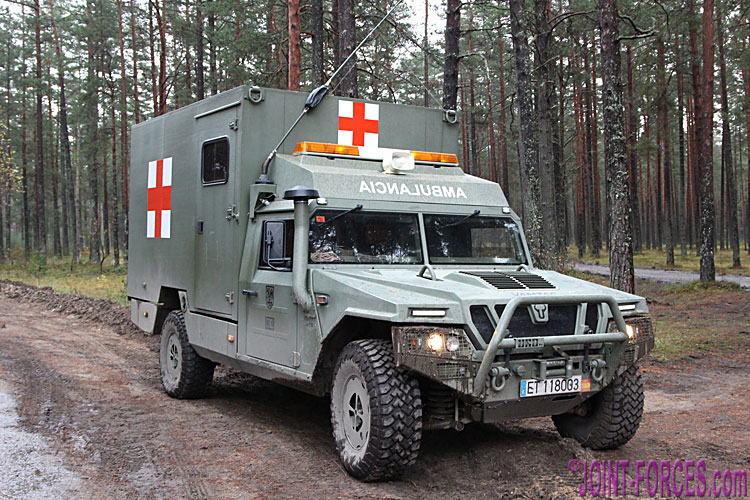 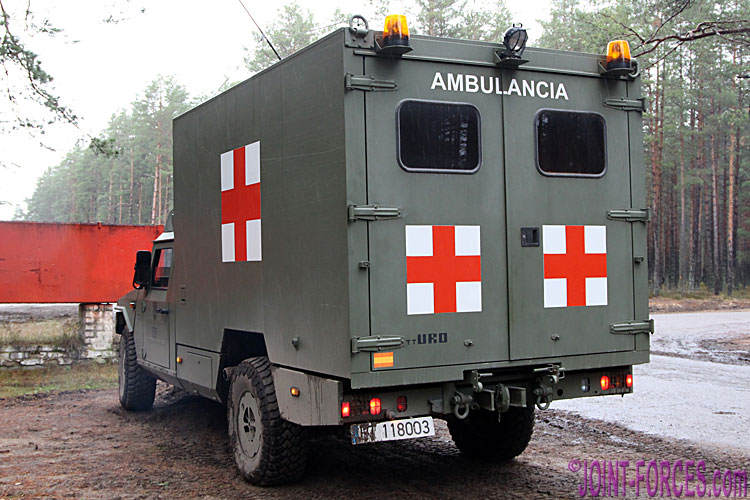 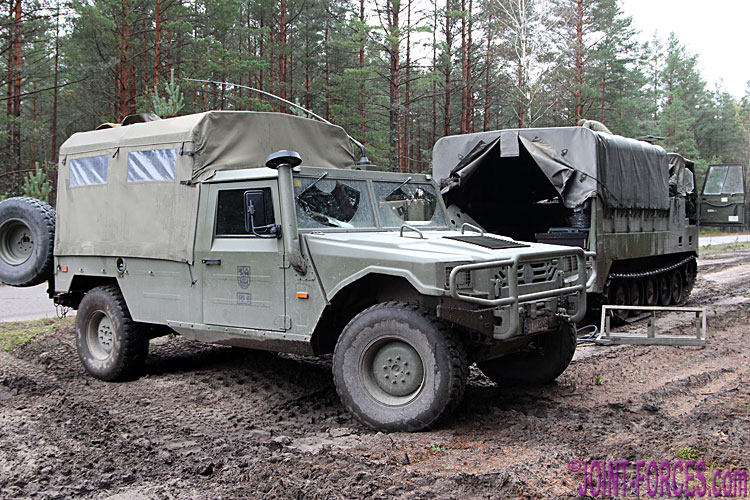 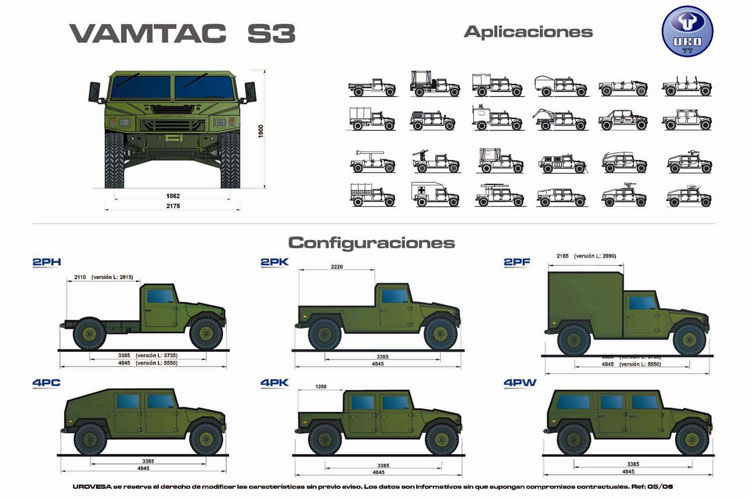 Company data sheet from around 2005 showing possible variations and configurations