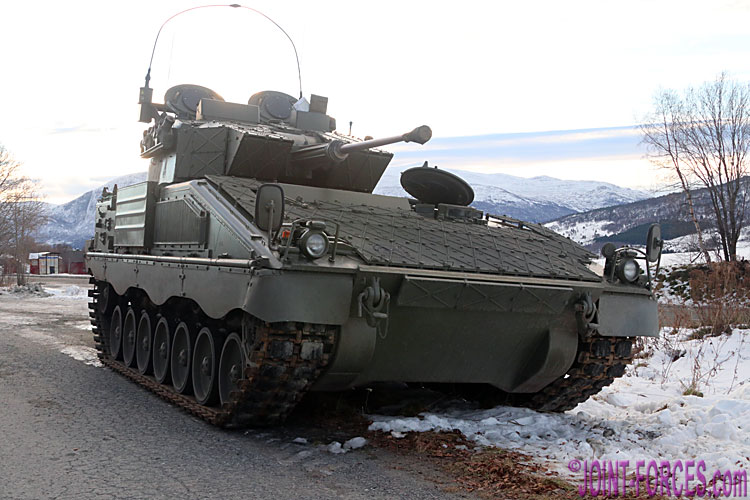 The bulk of the IFVs, or Infantry Fighting Vehicles, which the previously covered LEOPARD 2E or LEOPARDO Main Battle Tanks were supporting as part of the Spanish Tactical Mechanised Group (TMG) were the PIZARRO version of the Austro-Spanish ASCOD and were drawn primarily from Battalion II/2nd ‘Lepanto’ of the 10th Brigade ‘Guzmán el Bueno’. Like the tank formation, the Spanish infantry deployed to Norway was part of the 10th ‘Córdoba’ Armoured Regiment and also home-based in the town of Cerro Muriano to the north of Córdoba.

The ASCOD – Austrian Spanish Cooperative Development – family of Armoured Infantry Fighting Vehicles was originally designed and produced by Steyr-Daimler-Puch of Austria and Santa Bárbara Sistemas of Spain which are now both part of General Dynamics European Land Systems (GDELS). The third version of ASCOD is the AJAX family of vehicles, ordered by the British Army and produced by the Welsh arm of General Dynamics Land Systems (GDLS). At present only Austria, Spain and the UK have ordered the ASCOD, known as ULAN, PIZARRO and AJAX respectively, but just before Christmas 2018 the Czech Ministry of Defence announced that the vehicle was one of four types short-listed for its BMP replacement programme.

The PIZARRO is named after the Spanish conquistador who defeated the Incas and claimed much of western South America for Spain. The Spanish have 261of these vehicles in total including Section, Command Post, and Engineer versions (Forward Observer and Ambulance variants were cancelled) and the basic vehicle was procured in both infantry and cavalry (i.e. recce) sub-variants. The Spanish IFV has a combat weight of around 26 tonnes and can be fitted with Explosive Reactive Armour panels to the hull front and around the frontal turret arc. In standard infantry configuration it can transport an eight-strong section with equipment in addition to its crew of three. Primary armament is a Rheinmetall 30mm RMK cannon and there is a 7.62mm MG3 coaxial machine gun.

Our first encounter with the Spanish PIZARRO fleet in Norway occurred on D+1, when I undertook a recce along the main west-east axis (Rv70) to check how far the Italian-led South (Blue) Forces had pulled back in the face of the advancing US Marines Amphibious Task Group of North (Red) Forces before I raced back to the westernmost north-south axis (E6) to photograph USMC LAVs advancing from the north on Oppdal Airfield. The command vehicle (callsign 903) seen here, identifiable by the antennae frame at the rear of the turret, belonged to a company commander whose troops were forward deployed about eight to ten kilometres west of Oppdal town centre but unfortunately I did not have the time to track them or their vehicles down.

On D+2, after photographing the LEOPARDO main battle tanks from I/10th Tank Battalion ‘Málaga’ screening west of Folldal, I found Battalion II/2nd ‘Lepanto’ a short distance to their rear and photographed the two PIZARRO IFVs seen here with the callsigns 612 and 630. These were both standard infantry configuration vehicles with turret stowage baskets for nets and tarpaulins and flat appliqué armour panels on the frontal arc, whereas those panels on the Command Post vehicle were different. I have also included a couple of shots of a PIZARRO photographed with the Latvian eFP battlegroup with the same type of additional armour panels as the Command Vehicle, which I suspect is the ERA or Explosive Reactive Armour fitted for operations.

If all goes to plan, the next article in this series will focus on the Spanish VAMTAC and SANTANA 4×4 utility vehicles spotted on TRJE18. 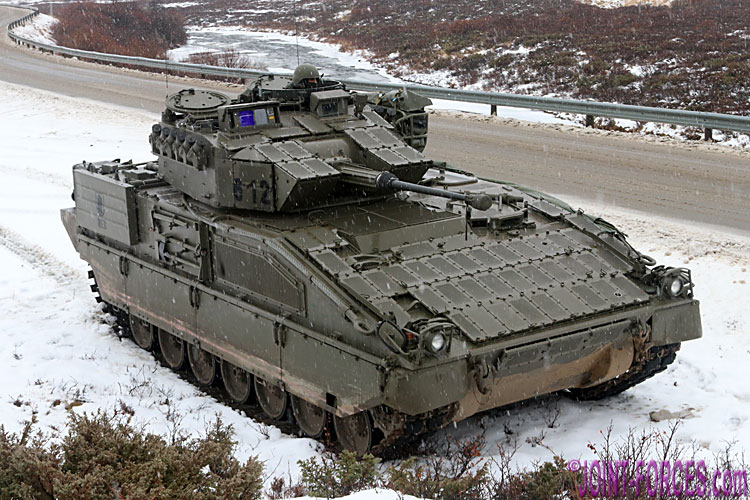 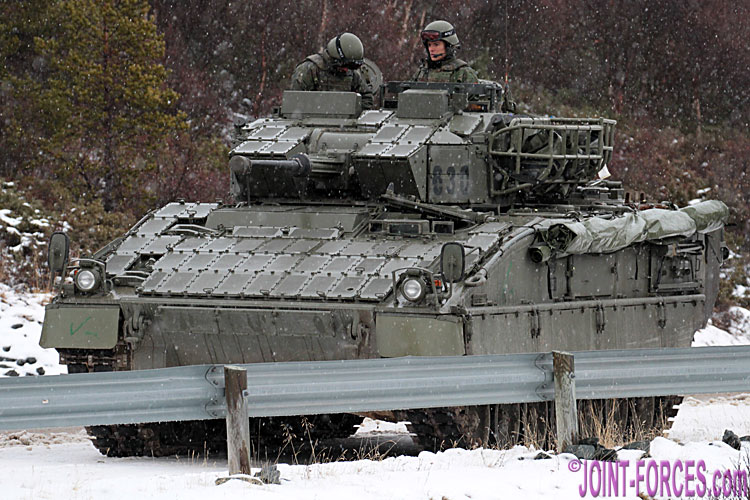 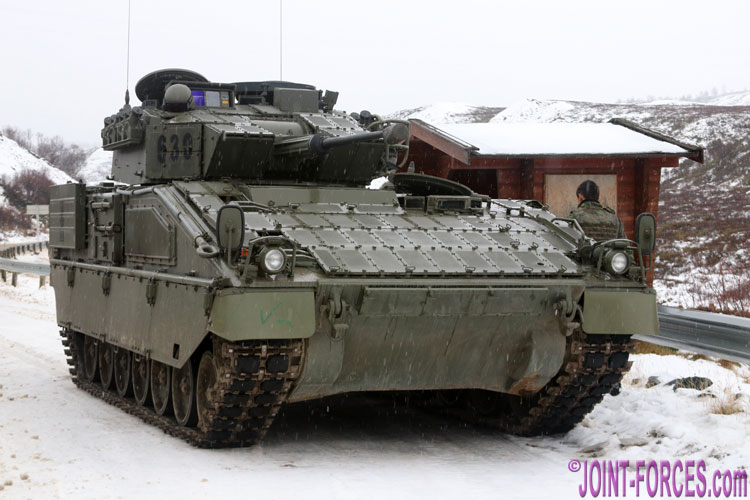 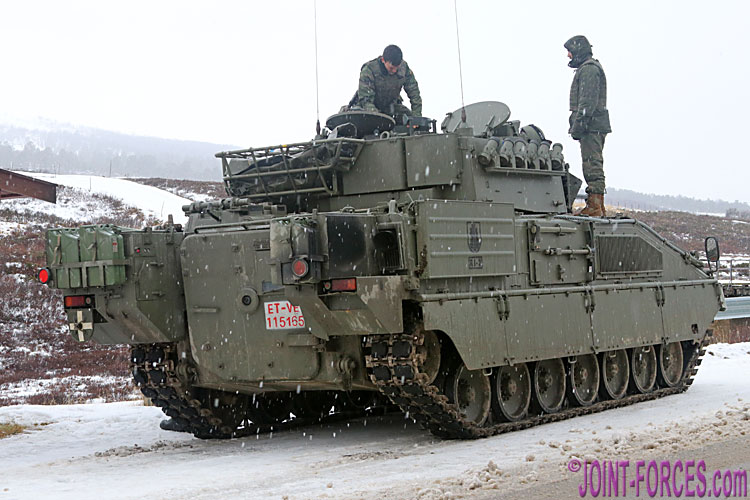 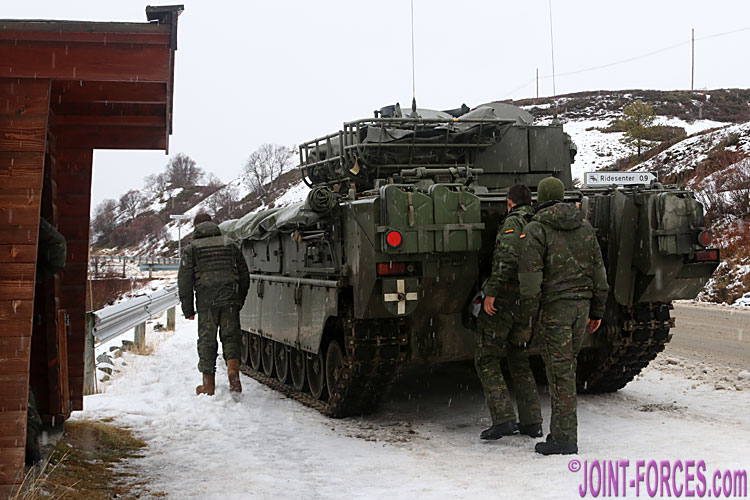 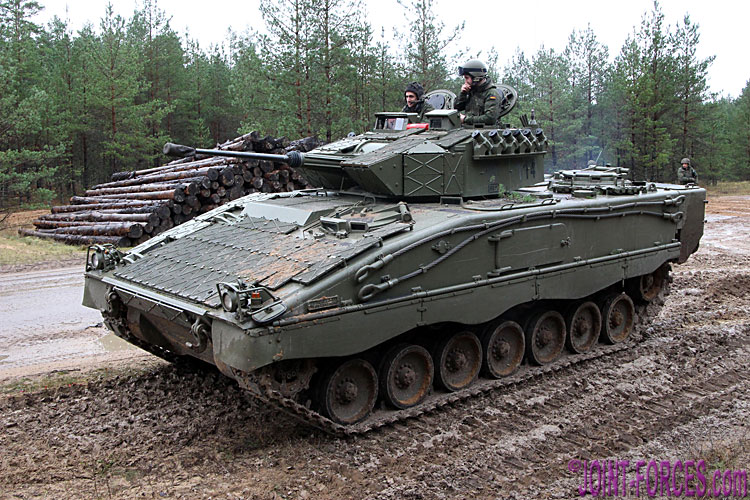 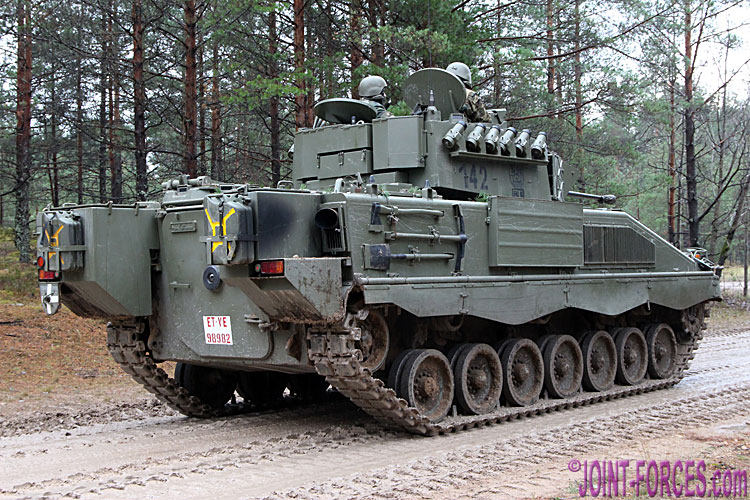