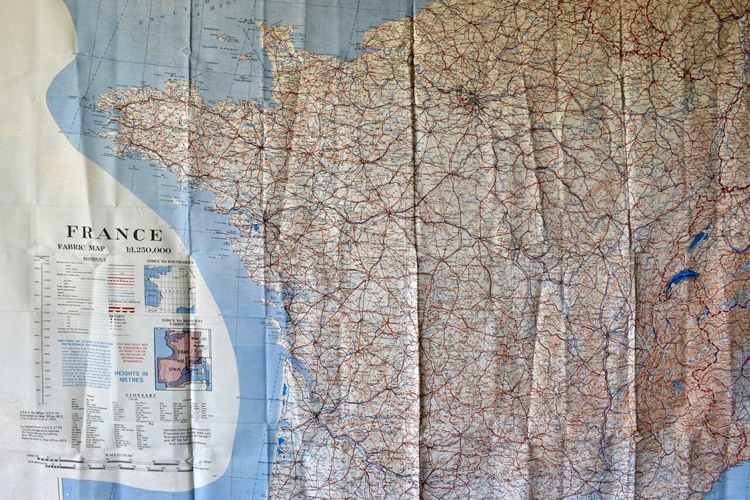 In this article we will look at the advantages Escape & Evaders had in World War Two, but which could sometimes be a double-edged sword, writes Robert Shaw.

Last summer I turned back the clock and spent my annual leave travelling by Klepper canoe around the islands of Croatia’s Dalmatian Coast, mostly living off the land and using Survival techniques and equipment, often dating in concept back to WWII, to minimise the need for external support. This year, for a different challenge, I decided to walk the wartime Escape & Evasion route over the Pyrénées between the former Occupied France and Neutral Spain.

The advantages that wartime evaders had were both natural and man-made, including that the well-developed infrastructure of Northern Europe provided opportunities for movement through the occupied territories. The major industrial and population concentrations found in Northern France, Belgium, the Netherlands, Northern Italy, and North Western Germany possessed extensive rail, road, canal, river and communications networks which assisted evaders since these transportation routes were used extensively by civilians carrying out their normal daily activities and there were also a large number of foreign workers and displaced refugees that provided escapees the opportunity to hide amongst.

Chances of success were increased if one could speak a foreign language, even if they couldn’t pass for a native speaker, knew the geography of the area they were pretending to be from – several evaders were caught when asked to draw a plan of their home village and it turned out to be incorrect – and had the correct, well-forged, identification paperwork. The downside to such well-developed infrastructure and lines of communication was that they were used by German military forces and also patrolled and guarded by German or local pro-German forces, which meant that escapees had to have the correct paperwork and documents; documentation was changed regularly by the Germans to aid in catching enemy personnel such as undercover intelligence officers, Special Operations Executive operatives or evaders.

Given the long distances to be travelled to get to friendly territory, such as Gibraltar, on a limited amount of rations and in rough weather, the ability to use the lines of communication was invaluable and saved a huge amount of time. Paperwork, food and clothing were sometimes provided by the goodwill of local people of Occupied Countries who supported the evaders due to strong-rooted nationalism and this meant the potential casual assistance of sympathetic bystanders. Of course, one of the difficulties for an evader was recognising which locals would help and which ones would turn them in.

There was also the danger of being discovered or spotted by children, who tend to point anything unusual out and not be discreet whilst doing so. In hindsight it would seem incongruous that people living in a country occupied by the enemy would betray an evader, but we must remember that the local population were liable to be shot out of hand, including their innocent families, or shipped off to a concentration camp if they were discovered helping.

Another advantage evaders had was that there were also escape organisations such as MI9, Section 9 of Britain’s Directorate of Military Intelligence, and MIS-X, the US equivalent of MI9, which created and resourced escape lines throughout Europe and provided equipment and training to personnel that were deemed ‘prone to capture’ These organisations were specifically set up at the beginning of each nation’s involvement in WWII to enable the return of both evaders and escapees to assist the war effort we will cover these in greater detail in a later article.