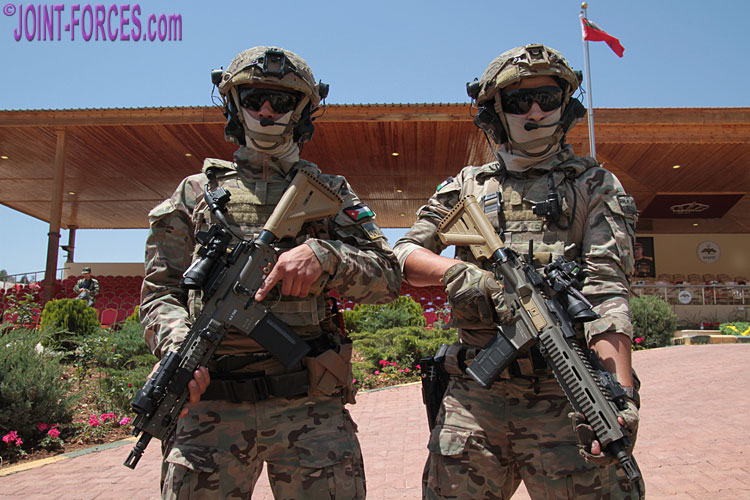 During the Opening Ceremony at the 10th Annual Warrior Competition at KASOTC (King Abdullah II Special Operations Training Center), Jordan’s elite Special Operations Forces undertook a series of dynamic demonstrations with the second of these being by the new KAII SOFG.

In 2017, following the creation of the Quick Reaction Force Brigade (QRFB) in 2016, the Joint Special Operations Command of the Hashemite Kingdom of Jordan was restructured and the King Abdullah II Special Operation Forces Group was formed. We will look at the QRFB in a later feature, with images taken this May at Marka during a dynamic demonstration which the KAII SOFG also took part in. 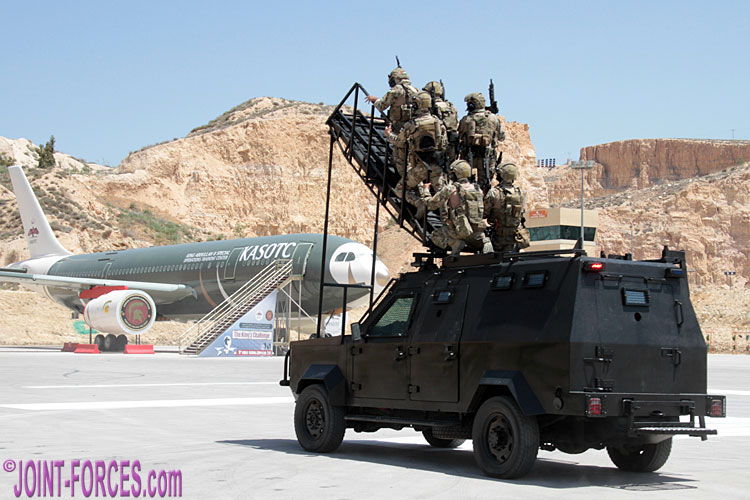 Prior to 2017 the Jordanian Special Operations Command included the 101st Special Forces Group, the 71st Counter-Terrorist Battalion, the 28th Royal Ranger Brigade and the Prince Hashim II 5th Aviation Brigade but, after the Rangers were absorbed into the QRFB and the helicopter squadrons from the aviation brigade were transferred to the Royal Jordanian Air Force under the 2017 restructuring, the 101st SFG and 71st CTB were re-designated. Under the new structure the 101st has become Special Unit I and the 71st has become Special Unit 2; it is believed that in theory SU I undertakes the more conventional SpecOps counter-insurgency roles and SU II undertakes counter-terrorist missions, but in practice both units are trained to undertake either. 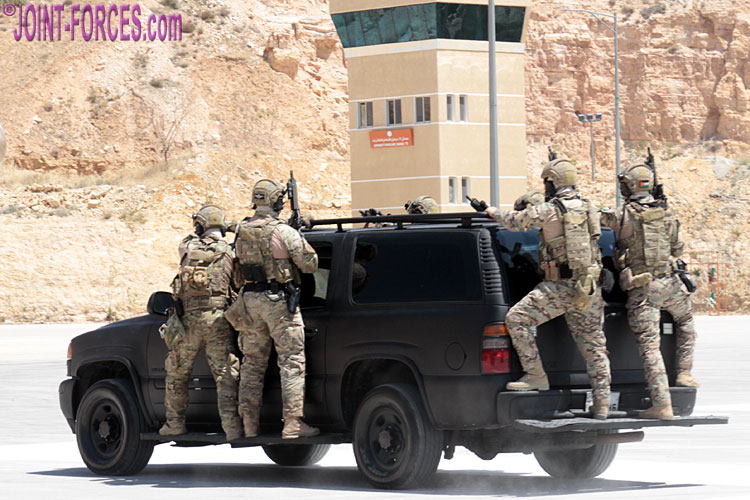 The dynamic display seen here made use of the KASOTC Airbus A-300 training airframe and involved what we understand was a composite formation drawn from both SU I and SU II teams. The bulk of the SpecOps personnel wore the Jordanian Special Operations camouflage pattern introduced in late 2015, which we first photographed at KASOTC in 2016, but a few wore Crye MultiCam UBACS and combat trousers; the two patterns have very similar colour palettes and are fully compatible. The first overpowered hijacker is removed from the Airbus [© Bob Morrison]