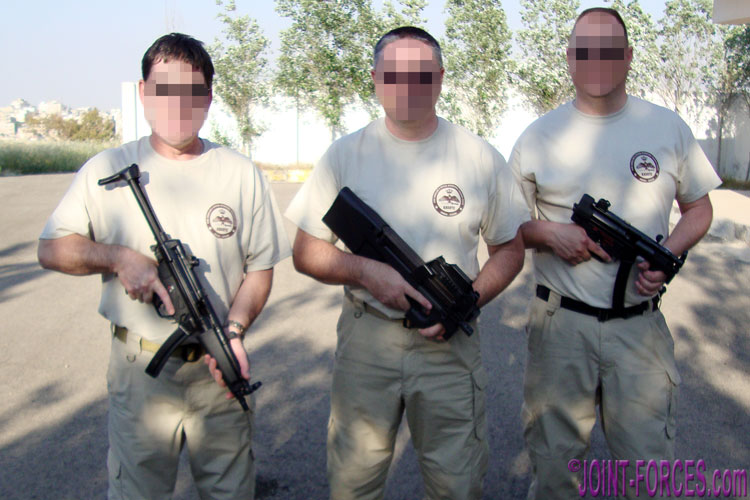 Richard Brown takes a retrospective look at one of the great military firearms enigmas, the Personal Defence Weapon or PDW.

The Personal Defence Weapon is an oft-maligned small arm equally loved and hated by operators. Despite being conceived officially by NATO in the late 1980s, in professional small arms circles today there is still heated debate whether the PDW effectively fills that utopian genre of the one-stop-shop weapon, or is it a tactical anachronism destined to fall into obscurity like the caseless bullet?

To fully assess the concept, development and manufacture of the PDW it is important to try to establish what is a Personal Defence Weapon. I emphasise the word try as there is no clear technical definition for this firearms genre.

I was working in the front line for Heckler & Koch when the 4.6mm MP7 was introduced and when it was officially labelled a PDW there were actually no guidelines as to what this designation meant. Bear in mind that the only other PDW H&K had was the 1970s 9mm MP5K-PDW, which was a standard MP5K with a threaded barrel, 0-1-3-FA trigger unit and a new, more robust, folding buttstock.

This was a fine weapon, possibly the best MP5 of all time (taking account of the limitations of the very short barrel). Note in the image below barrel is no longer than a standard MP5K. The threaded barrel is being utilised for a flash hider. The crown of the barrel is just above the laser.

To this day, I challenge operators to find a better CQB 9mm SMG…..note I use the term SMG now! For in my opinion, and that of most operators, the MP5K-PDW is an SMG. By definition, a sub-machine gun is a compact, sustained fire capable, platform which shoots a pistol cartridge. Just like other SMGs such as the Uzi, STEN, Thompson, Sterling or Ingram. Anything else, even a current tiny 7 inch 5.56mm, is therefore a rifle, as it fires a rifle cartridge.

So, what is a PDW?
From a modern perspective the term does not appear until the end of the Cold War but the premise of the weapon platform did exist in World War II in the form of the .30 M1 Carbine used by US Forces. Conscious that the venerable .30-06 M1 Garand was a big heavy weapon and that the .45ACP Thompson lacked long range capability (and was very heavy) the M1 Carbine was introduced as a lighter troop weapon offering reasonable muzzle energy and range with high shot capability.

The M1 Carbine shot a new .30 calibre round (7.62x33mm) which delivered approximated twice the energy of the .45 but three times less energy than the Garand. It is an excellent weapon to shoot being almost recoilless, very light at only 2.4kg, and offers good accuracy out to 200 metres. Ballistically, the new .30 round loses effectiveness beyond 200m but the weapon was designed for close operations, support use and Paratrooper carry in a folding version.

With a small, light 15-round magazine the operator had the ability to carry many magazines without too much added weight. More relevant to this analysis, the M1 Carbine is arguably the world’s first operational PDW. It fires an unique round, had more power than any pistol or SMG of the era and is much lighter and easier to use than a battle rifle. A great weapon which saw reliable service well into the 1960s.

And from there the PDW really went on ice until the late 1980s, when NATO came up with a revised requirement for a new breed of weapon to tackle the threat from the East Block.

5.56mm calibre was standard issue, if a little passé, and 7.62mm was too powerful for the shorter assault weapons that had become en-vogue. Both rounds were also seen as battlefield projectiles and their capability was measured over hundreds of metres. For shorter range engagement, 9mm was the norm but judged (correctly) to run out of steam by 100 metres. Any requirement under 25 metres was handgun territory.

Critically, NATO decided that no current issue SMG round was capable of penetrating the Russian specification of armour called CRISAT, named after the research programme – Collaborative Research Into Small Arms Technology. The CRISAT test target was 1.6 mm of titanium plate backed up by 20 layers of Kevlar. Although CRISAT was a NATO creation it very closely replicated armour Western troops would face strapped over Warsaw Pact enemies.

While 5.56x45mm and 7.62x51mm could certainly make a dent in CRISAT there was no guarantee that the Western soldier would have such a battlefield weapon and NATO decided now was the perfect time to create a Utopian Super-SMG which would penetrate CRISAT and have ballistic effectiveness from zero to 250 metres. It would need to be short for personal and vehicle use and was permitted to fire a totally new cartridge, the development of which would be secret.

A few select, NATO-trusted, small arms manufactures were given a rare clean slate to design a radical new platform with very specific requirements. Interesting days to be in the small arms industry! Out of these complex requirements two weapons systems were developed which were both highly innovative in their own way and remain operational in some form today. The 4.6mmx30 Heckler & Koch MP7A1 and the 5.7mmx28 FN P90.

I have been lucky enough to have fired thousands of rounds from both platforms and have a great appreciation for what H&K and FN tried to do. Without question, both weapons met the new NATO requirement and the unique bullets they fired cut cleanly through CRISAT with the alleged capability of dumping energy into the soft target underneath. Further specialist rounds had ground-breaking penetrative and mass retention properties.

On paper the weapons seemed to have achieved the impossible – ultra compact platforms delivering substantial power and penetration, with little or no recoil and the ability to accept a myriad of tactical accessories. They truly did seem to be the ‘holy grail’ of small arms, the long sought after one-stop-shop.

The rounds the MP7 and P90 fired were indeed radical, but equally there were outrageously expensive and initially only available from one supplier. Both bullets displayed unexpected armour piercing capabilities and their law enforcement suitability was quickly called into question. Later soft point, subsonic and frangible rounds were introduced for both weapons which did allow for police deployment but again these rounds commanded high prices and availability was sporadic at best. However the weapons themselves were inventive, light and displayed good ergonomics.