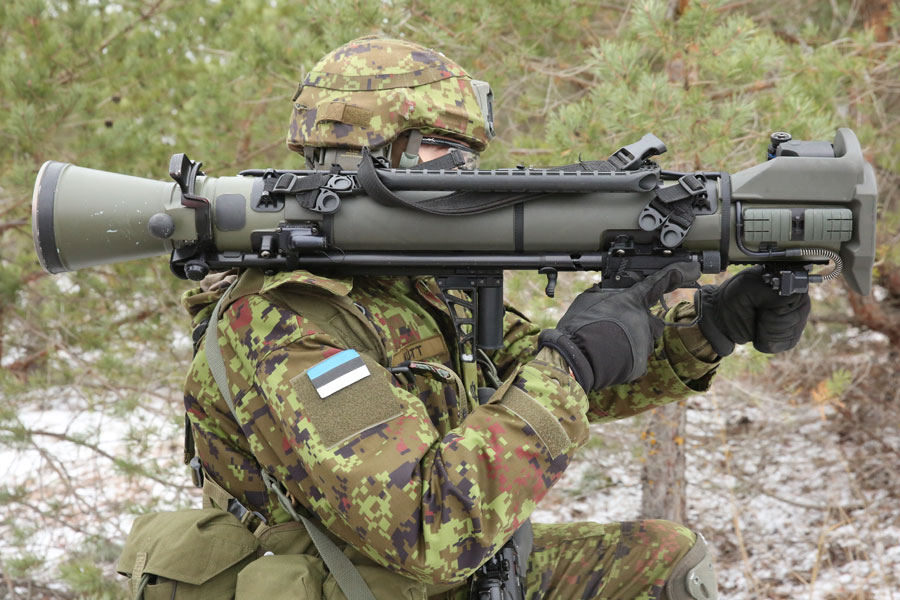 Press Release, Tallinn, 25 November 2022: [auto-translated] The junior non-commissioned officer course organised by the Kalev Infantry Battalion was held this week from Monday to Thursday at the shooting camp at the Sirgala training ground. Small arms and team weapons were fired during various exercises.

“You could be completely satisfied with the students. They were good and willing. There is still room for improvement, but that’s what we train for,” said Captain Aleksei Gussev, commander of the junior non-commissioned officer course.

Shooting skills tests were conducted at the shooting camp, and for the first time the students could try firing the MG3 machine gun and the new Carl-Gustaf weapon. Live firing exercises took place up to section level. In addition, shooting was also done using night vision devices in conditions of limited visibility.

“The shooting was interesting. It was exciting to try different weapons. Adrenaline was high at times, especially during night shootings with a night vision device,” said student Renzo Limbak from Kalev’s infantry battalion. The Kalev Infantry Battalion is a subdivision of the 1st [EST] Infantry Brigade, whose task is to train combat-capable mechanised reserve manoeuvre and support units.