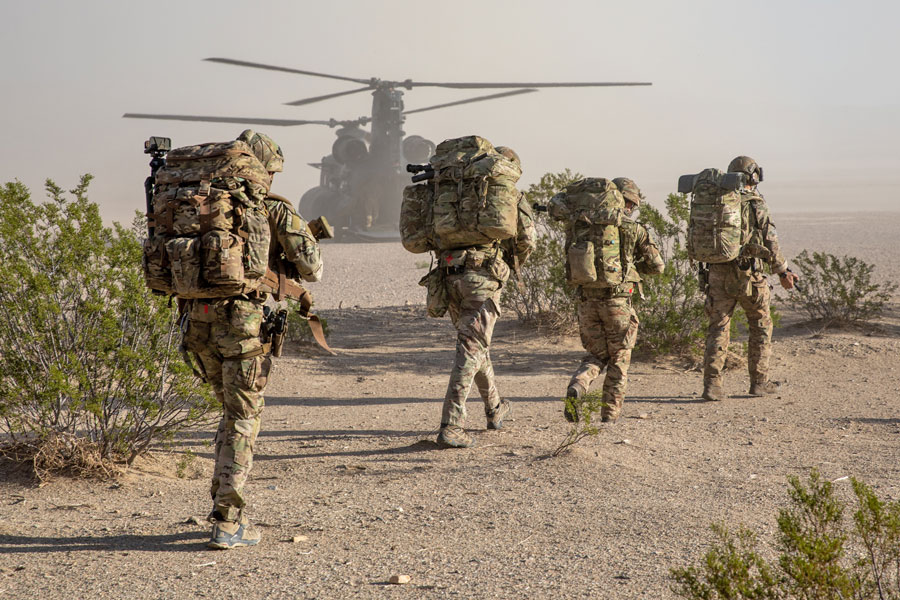 UK Rangers have deployed alongside US Special Operations Forces, from 7th SFG, for the first time, in California’s Mojave Desert.

Allies from the UK, US and Australia demonstrated the integration of cutting-edge technology alongside key industry leaders, in a series of experimental battlefield firsts. The event, Project CONVERGENCE 2022, examines how using artificial intelligence (AI), robotics and autonomy can improve battlefield situational awareness, connecting sensors with shooters and accelerating decision-making speeds. At Fort Irwin in California around 300 technologies were showcased and assessed, including long-range fires, uncrewed aerial systems, autonomous fighting vehicles and next-generation sensors.

Delivering the UK element of the project, 450 soldiers from the British Army, under the UK’s 20th Armoured Combat Battle Team (20 ABCT), were supported by more than 20 scientists and engineers from the Defence Science and Technology Laboratory. Experimentation, science and research enables better data capture and analysis to identify successes and address challenges for future war fighting.

Attending the project, Defence Procurement Minister Alex Chalk said: “Delivering on our ambitions outlined in Future Soldier and the Integrated Review, Project CONVERGENCE highlights the progress the British Army is making to being more lethal, agile and expeditionary force, through key collaboration with our longstanding international allies and partners.”

The project also saw a number of other firsts for the UK:

Through the trinational collaboration, Project CONVERGENCE has placed a renewed emphasis on how data can be transformed into information which can be exploited across weapons systems for the UK, our allies and partners.