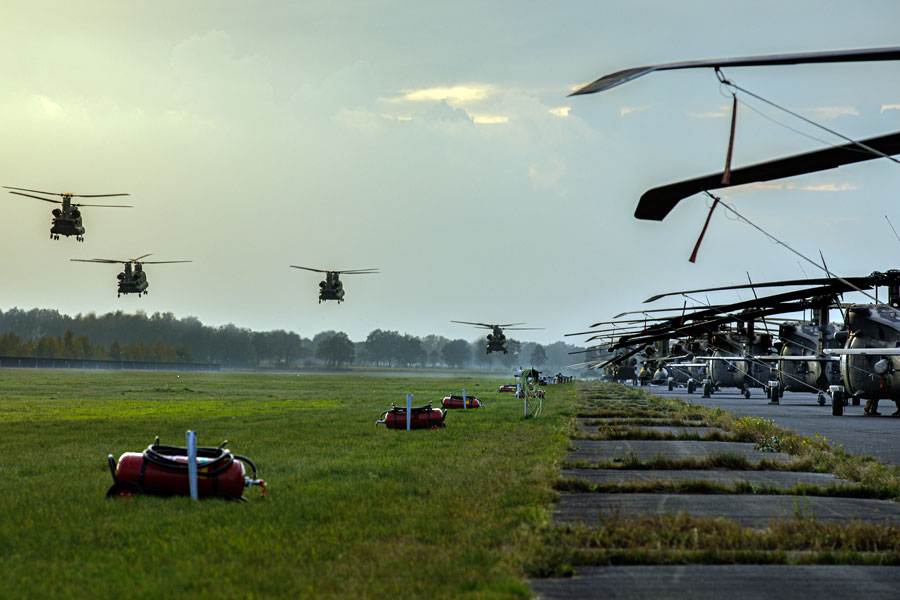 A large number of national and international helicopters taking part in FALCON AUTUMN can be seen over different parts of the Netherlands.

News Release, The Hague, 09 November 2022: A large number of national and international helicopters can be seen over different parts of the Netherlands. They are taking part in FALCON AUTUMN, a large international exercise. For three weeks, military personnel from Germany, the Netherlands, Poland and the United States will complete training in large-scale airborne operations.

¤ The US 12th Combat Aviation Brigade (12 CAB) is among units assigned to V Corps, America’s Forward Deployed Corps in Europe. They work alongside NATO Allies and regional security partners to provide combat-ready forces, execute joint and multinational training exercises, and retain command and control for all rotational and assigned units in the European Theatre.