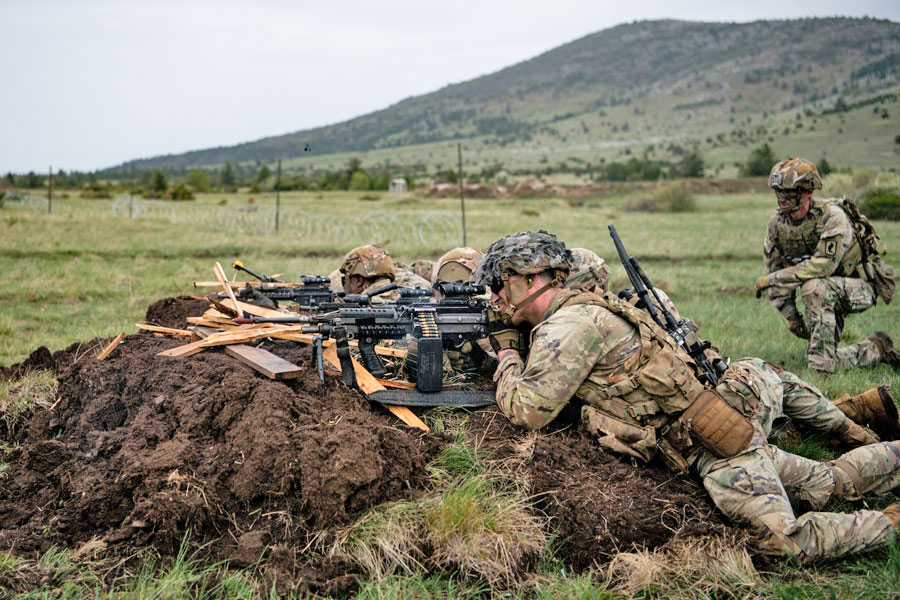 US Paratroopers from 503rd Parachute Infantry Regiment, 173rd Airborne Brigade, are training on EAGLE RAPID 22 at Crvena Zemlja in Croatia.

Exercise EAGLE RAPID 22 is a battalion-level exercise conducted by 1st Battalion, 503rd Parachute Infantry Regiment at the Crvena Zemlja Training Area near Knin, Croatia from May 2 to May 13, 2022. The goal of the training is to maintain squads’ proficiency in battle drills by conducting platoon and company training over the course of one week. The training consists of numerous challenging and complicated tasks that include conducting direct and indirect fires, strategic emplacement of assets, reacting to enemy contact, effective communication, and breaching obstacles.

The 173rd Airborne Brigade is the US Army’s Contingency Response Force in Europe, providing rapidly deployable forces to the United States European, African, and Central Command areas of responsibility. Forward deployed across Italy and Germany, the brigade routinely trains alongside NATO allies and partners to build partnerships and strengthen the alliance.