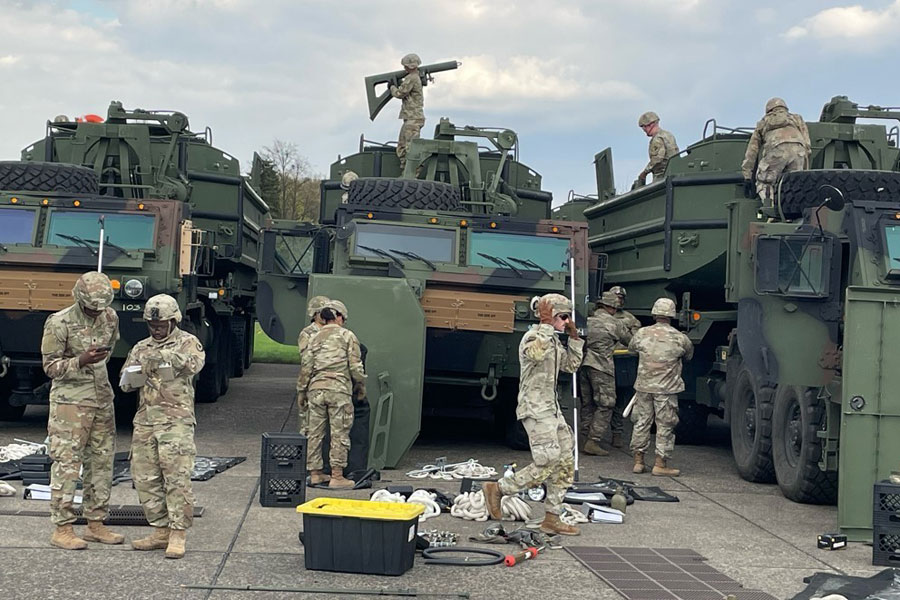 US Army DEFENDER-Europe 22 (DEF22) activities begin this month across nine countries in Europe and continue through until June.

Press Release, Wiesbaden, 03 May 2022: DEFENDER-Europe 22 activities begin this month across nine countries in Europe, and continue through June.

DEFENDER-Europe 22 is a large-scale US Army Europe and Africa-directed, multinational, joint exercise designed to build readiness and interoperability between US and NATO allies and partners. Planning for this exercise began in 2021 and is not in response to any specific threat or adversary.

V Corps will command and control DEFENDER-Europe 22 forces. Exercise activities include multiple live fire exercises, road marches and river crossings. DEFENDER-Europe 22 includes more than 3,268 US and 5,887 multi-national service members from eleven allied and partner nations, including Denmark, Estonia, Germany, France, Latvia, Lithuania, Netherlands, Poland, Slovakia, Sweden, and Great Britain. The large-scale movement of troops and equipment for these exercises involve extensive support from each of the host nations, demonstrating the importance of ally and partner investment in European military readiness and defence.

“DEFENDER-Europe and its accompanying and linked exercises explicitly demonstrate our commitment to European security and to maintaining interoperability with our NATO allies and partners,” said Gen. Christopher Cavoli, US Army Europe and Africa commanding general. “Through exercises like this, we are prepared to defend every inch of NATO territory with a strong, combat-credible force to ensure we stay stronger together in the face of any aggression.”

Editor’s Footnote: The equipment in the accompanying images was issued to the 74th Multi-Role Bridge Company, deployed from Fort Hood in Texas to Poland for DEFENDER-Europe 22, at an Equipment Configuration and Hand-off Area in Radom. For the first time ever, an entire float ribbon bridge system drawn from the Army Prepositioned Stocks-2 (APS-2) worksite in Zutendaal in Belgium was issued to a US-based MRBC deployed to Europe for training. The bridge system includes over a dozen bridge erection boats and boat cradles, over 40 bridge bays and adapter pallets, more than 40 bridge transporters, and a bulldozer as well as more than 400 other items such as weapons, radios and generators, plus thousands of repair parts, basic issue items and tools.