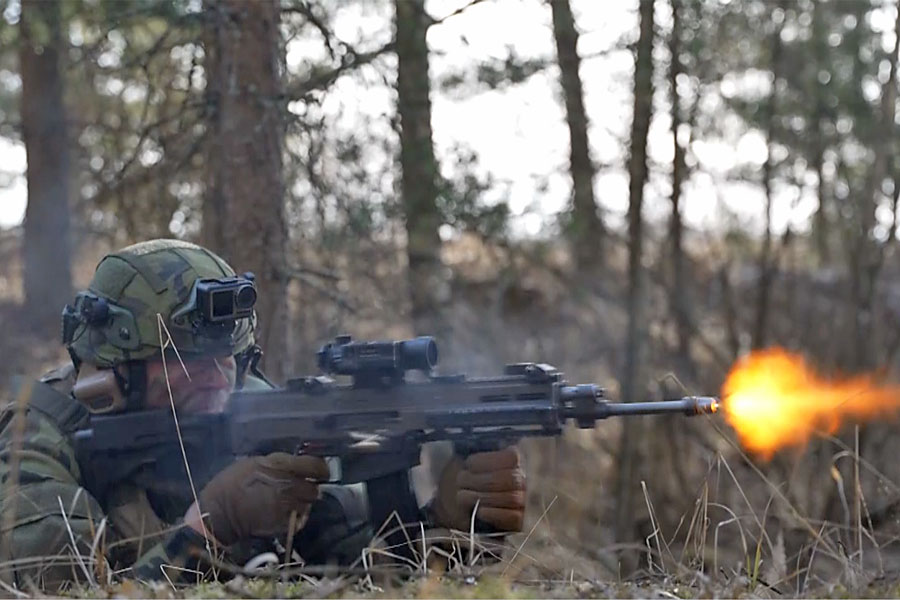 NATO’s enhanced Forward Presence (eFP) Battlegroup Lithuania joined up with a US Army battalion for training manoeuvres in dense forests.

NATO’s enhanced Forward Presence (eFP) Battlegroup Lithuania joined up with a battalion from the US Army’s 66th Armored Regiment for training manoeuvres in the Baltic state’s dense forests.

For Exercise RISING GRIFFIN, troops performed a road march from their base in Rukla to the training grounds at Pabradė, showcasing their ability to communicate and move together. At Pabradė, the troops engaged in simulated combat operations.

To demonstrate Allies’ determination to defend Alliance territory, the US Army extended the deployment of the 3rd Battalion, 66th Armored Regiment after Russia invaded Ukraine. It was the fourth battalion to be sent to Lithuania since 2019, when the Lithuanian government requested the deployment of a cavalry squadron.

This NATO Multimedia footage, filmed 29th March, includes shots of troops and vehicles from the Czech Republic, Germany, the Netherlands, Norway and the United States manoeuvring and practising combat in dense woodlands, as well as a selection of cinematic slow motion shots recorded without sound.