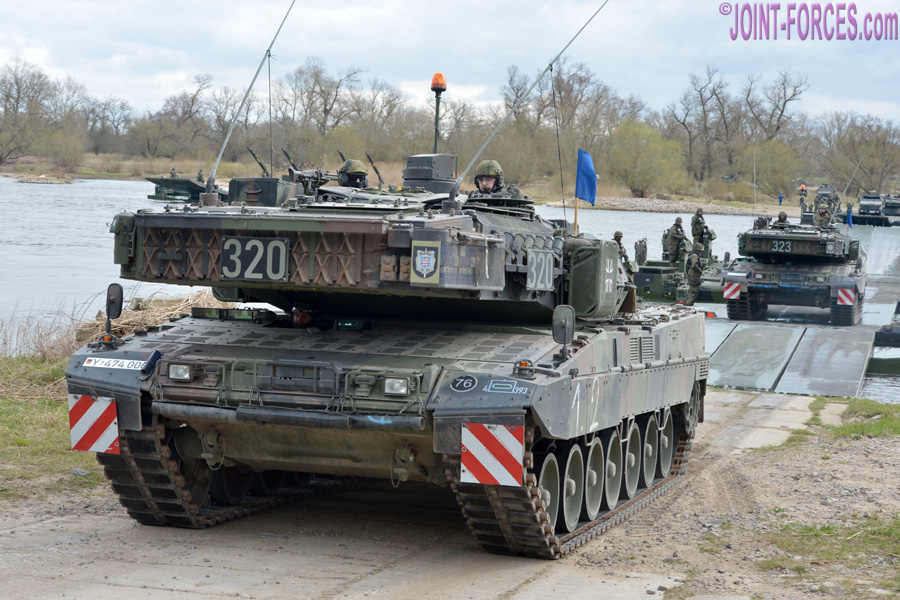 In 2023, for the third time after 2015 and 2019, Germany will serve as the lead nation for the NATO Very High Readiness Joint Task Force (Land). The VJTF(L) is brigade-size multinational mechanised Task Force, which forms the spearhead of the NATO Response Force (NRF). The core of VJTF(L) 2023 will be provided by the Panzergrenadierbrigade 37 ‘Freistaat Sachsen’, an armoured infantry brigade, which will include a battalion-size battle group centred around the brigade’s Panzerbataillon 393 tank battalion. As part of its VJTF(L) Stand-up-Phase and certification process the brigade is currently conducting Exercise WETTINER SCHWERT in the provinces of Saxony-Anhalt and Brandenburg, in eastern Germany.

The VJTF(L) allows NATO to quickly and flexible react to threats and security challenges within the boundaries of Alliance territory, as well as abroad. The total VJTF(L) 2023 rotation takes three years, with Year One being the Stand-up Phase and dedicated to the formation’s preparations and certification. It is this phase which Panzergrenadierbrigade 37 is currently in. The second year is the Stand-by-Phase, during which the unit maintains a constant readiness and can be deployed within 48 to 72 hours, once alerted. The third year is the Stand-down-Phase, during which the unit still maintains a certain degree of readiness. VJTF(L) assigned forces in the Stand-up- and Stand-down-Phases can be deployed in support of the forces in the Stand-by-Phase in 45 or respectively 30 days.

Today, Saturday 2nd, as part of the exercise the VJTF(L) 2023 forces, spearheaded by Panzerbataillon 393 battlegroup, conducted a combat march which saw them moving from the Klietz Training Area to the Altmark Training Area, where the Gefechtsübungszentrum Heer (GÜZ H) combat manoeuvre training centre of the German Army is situated. As part of this march the forces conducted an unopposed tactical wet gap crossing operation across the River Elbe. In around six hours some 340 vehicles of Panzergrenadierbrigade 37, including 75 tracked, crossed the Elbe in the vicinity of Storkau. Among the units crossing the river were: the HQ of Panzergrenadierbrigade 37 armoured infantry brigade; Panzerbataillon 393 tank battalion; two companies of Panzergrenadierbataillon 112 armoured infantry battalion; elements of Panzerpionierbataillon 701 armoured engineer battalion; elements of ABC-Abwehrbataillon 750 ‘Baden’ CBRN defence battalion; and elements of Sanitätsregiment 1 medical regiment,

With the wet gap crossing operation completed, the troops of the Panzergrenadierbrigade 37 now have to face two weeks of combat operations at the GÜZ H combat manoeuvre training centre, which will also include their certification as the NATO Very High Readiness Joint Task Force (Land) 2023.