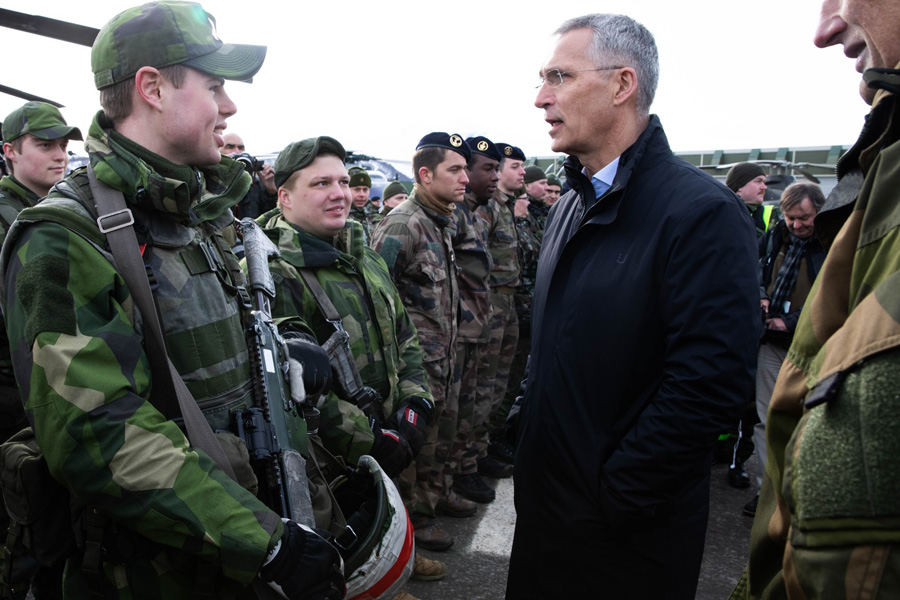 30,000 personnel are taking part of the Norwegian-led exercise, including NATO’s closest partners Finland and Sweden. 220 aircraft have been deployed, as well as 50 ships, including two aircraft carrier groups from the United Kingdom and Italy.

Mr. Stoltenberg said the High North was a region of strategic importance for NATO and that in recent years there had been a significant increase in Russian military activity in the region. He underlined that NATO’s presence in the area is not to provoke a conflict but to prevent conflict and to preserve peace.

The Secretary General said COLD RESPONSE demonstrates NATO’s ability to defend against any threat, from any direction. It shows how the Alliance can deploy a large number of forces to the High North and while also sending troops to eastern Europe, as part of NATO’s response to Russia’s invasion of Ukraine.

The Secretary General explained that COLD RESPONSE is a defensive and long-planned exercise. Norway invited all 57 members of the Organization for Security and Co-operation in Europe to observe the exercise but Russia declined that invitation.