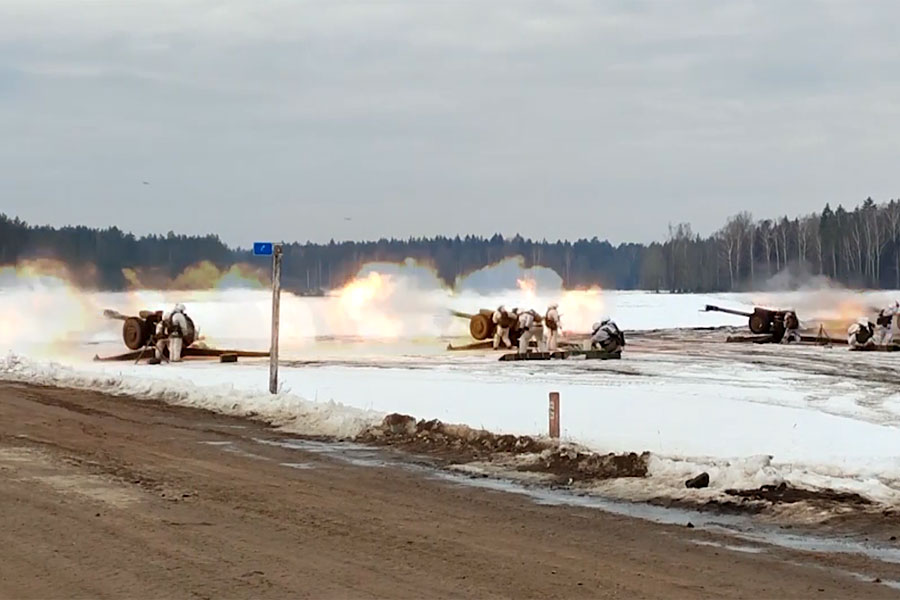 Press Release, Moscow, 17 February 2022: During UNION COURAGE 2022 joint exercise at the Osipovichsky (Asipovichy) training ground in the Republic of Belarus, units of the Eastern Military District, with the support of artillery and aviation of the Union State, destroyed a tactical assault force of a mock enemy.

To forestall the actions of the mock enemy, subunits of the Eastern [Military District] advanced to the probable direction of his offensive and took up defensive positions. Under the cover of Su-35 fighters of the Russian Aerospace Forces, air crews of Yak-130 aircraft and Mi-24 attack helicopters of the Belarusian Air Force launched an air strike on ground targets at the training ground. In turn MLRS Smertch and Uran launched a fire strike on the area of the landing of mock enemy.

An attempt by a mock enemy to support the landing operations with army aviation was thwarted by the Verba portable anti-aircraft missile systems (MANPADS), hitting targets imitating helicopters at a distance of over 3,000 metres.

With the support of missile artillery, crews of D-30 howitzers, self-propelled artillery mounts Nona, the units of the Eastern Military District completed the defeat of the tactical assault of the mock enemy.