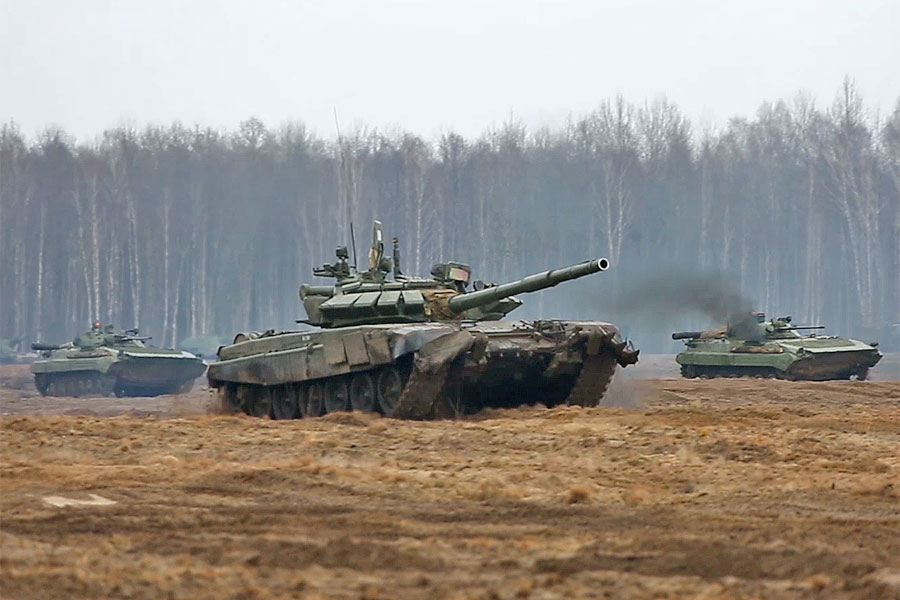 As part of the joint exercise UNION COURAGE – 2022, motorised rifle units of the [Russian] Eastern Military District (EMD), together with units of the Special Operations Forces of the Republic of Belarus, worked out tasks to block and destroy a mock illegal armed formation at the Brestsky training ground.

During the drawing of the tactical episode, Russian servicemen marched on regular equipment to a given area, performed tasks to block an illegal armed formation and destroyed it in cooperation with Belarusian paratroopers.

In the classroom, management issues and all types of support for the actions of motorised infantry were also worked out. In particular, the deployment of a mobile field control point, which made it possible to organise stable and continuous communication both during movement and when blocking a group of militants.

Also during the training, refuelling of combat vehicles and repair of the conditionally disabled BMP-2 in the field were organised.