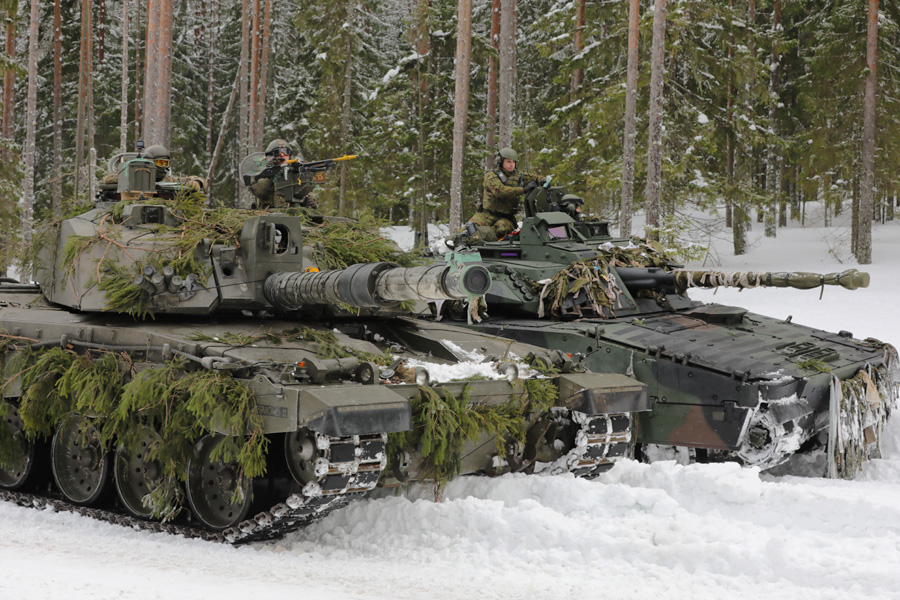 The opening battles of Exercise WINTER CAMP tested the winter warfare skills of the Estonian Defence Forces and the Allied eFP Battlegroup.

Press Release, Tallinn, 08 February 2022: [auto-translated] The opening battle phase of the 1st Infantry Brigade exercise WINTER CAMP at the Central Polygon of the [Estonian] Defence Forces over the weekend tested the ability of the Scout Battalion [Scoutspataljon] and the Allied Battlegroup to fight in difficult winter conditions.

“The WINTER CAMP boosted our confidence in many ways. We were reassured that, even in the extreme conditions that kindly prepared us for this winter, we would be able to carry out complex operations with our allies. We were able to test and make sure that we are quite successful in integrating the Allied units and leading the battle, “said Colonel Andrus Merilo, Commander of the 1st Infantry Brigade, adding that the soldiers of the three countries participating in the exercise – Estonia, the United Kingdom and France – undoubtedly learned useful lessons. “Both the line-up and the combat teams learned through practical experience how best to perform missions in defence and offensive operations and what to consider when fighting in difficult winter conditions.”

In total, almost 1,400 uniformed troops took part in the opening battles over the weekend, mainly from the Scout Battalion and the Allied Battle Group. In addition, members of the Defence Forces from the Tartu Regiment, units of the 1st Infantry Brigade and the Air Force participated in the exercise. Air support was provided by the Belgian F-16 fighter jets and the Robinson air force helicopters during the exercise. The exercise was made more realistic by a team of arbitrators consisting of active and reserve troops from different units of the Defence Forces and the Defence League, whose task was to show the units the effects of air support and indirect fire, calculate the losses of the units, etc.

The 1st Infantry Brigade is the main manoeuvring unit of the Defence Forces, which includes most of the units trained during military service. Brigade units are trained in different units of the Defence Forces and, after completing the training, are placed in the Reserve as part of the brigade.