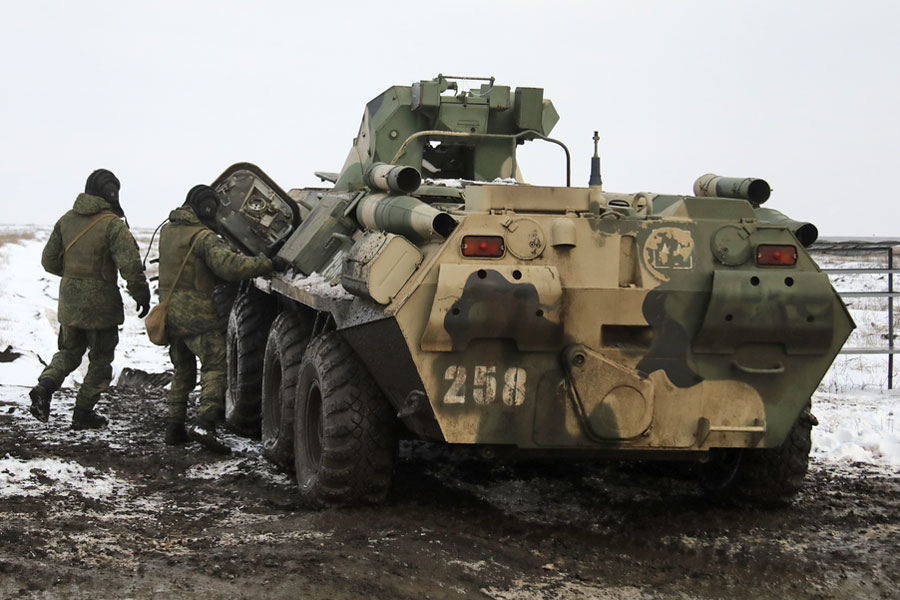 Firing exercises from a 100-mm cannon, a 30-mm 2A72 cannon and a 7.62-mm PKTM were carried out at the ranges. The crews hit targets at a distance of 500 to 1,500 metres. The shooting was carried out with short stops and in motion at speed.

Operational and combat training activities are conducted under the leadership of the commander of SMD, General of the Army Alexander Dvornikov, according to the plan of the winter training period.