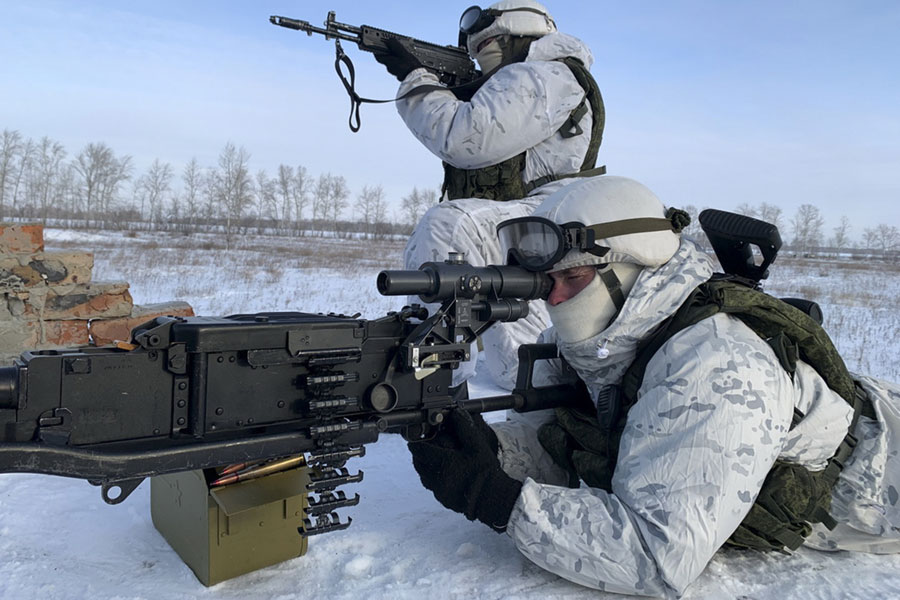 Russian Special Forces (Spetsnaz) of the Central Military District used the Ironiya optical-electronic complex near Novosibirsk for an exercise.

News Release, Moscow, 14 December 2021: Near Novosibirsk, an exercise with Special Purpose Units [Spetsnaz] of the Central Military District (CMD) on the destruction of a mock enemy using the Ironiya optical-electronic complex was completed.

According to the plan of the event, the Special Purpose Unit received intelligence information about the place and time of the passage of a column of equipment with weapons, ammunition and food to provide the camp of a mock enemy.

The tasks of the exercise included working out the interaction of Special Purpose Units with attached fire support and technical intelligence units, as well as working out the order of action in a single reconnaissance and strike circuit.

More than 500 military personnel and 25 units of military and special equipment were involved in the exercise.