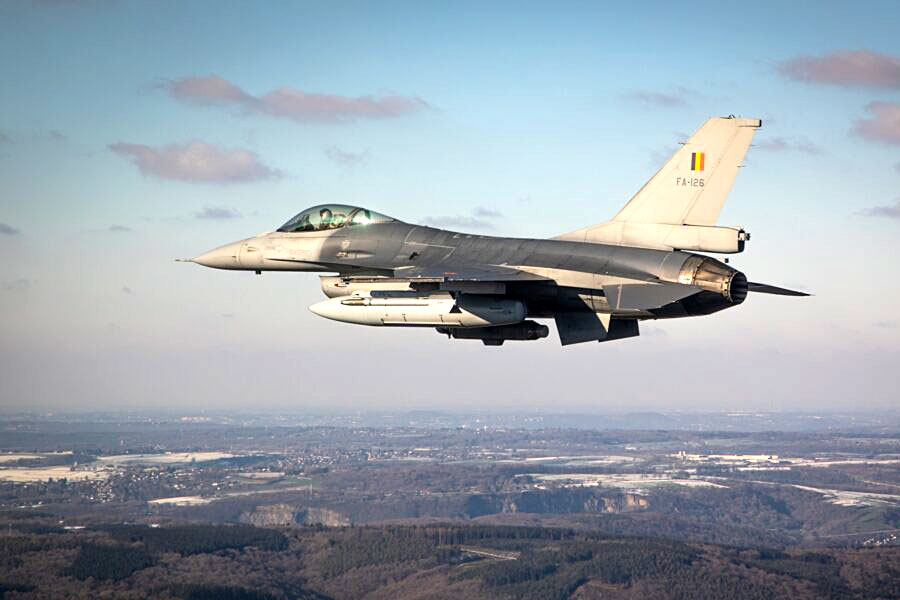 Press Release, Tallinn, 20 December 2021: [auto-translated] The Estonian Air Force reports that from the 20th-26th December Belgian Air Force pilots serving at Ämari air base on F-16 fighter jets will fly low over Estonia. Two planes will fly in low-flying areas and not lower than 152 metres.

Low-flying flights are taking place in south-western, southern, eastern and central Estonia, not lower than 152 metres or 500 feet, between 08.00 and 10.00 and 14.00 and 16.00. It is possible that planes will pass by settlements or individual farms but, if possible, efforts will still be made to avoid populated areas.

NATO members allocate certain parts of their airspace to air force exercises and drills, including low-flying operations. Among other things, the governments of the Baltic States have set aside areas in their airspace for low-cost flights. The low-flying exercises are in accordance with Estonian law and are performed in agreement with the Transport Authority and Lennuliiklusteeninduse AS.

According to the decision of the North Atlantic Council, the air forces of NATO member states guard the airspace of Estonia, Latvia and Lithuania. Aircraft providing air security are based at Ämari air base in Estonia and Šiauliai air base in Lithuania. The Belgian Air Force launched an air security mission in Ämari on December 1st, when the Italian Air Force handed over the security of the airspace of the Baltic States. Belgium has previously participated in the air security mission in Ämari twice – in 2016 and 2017.