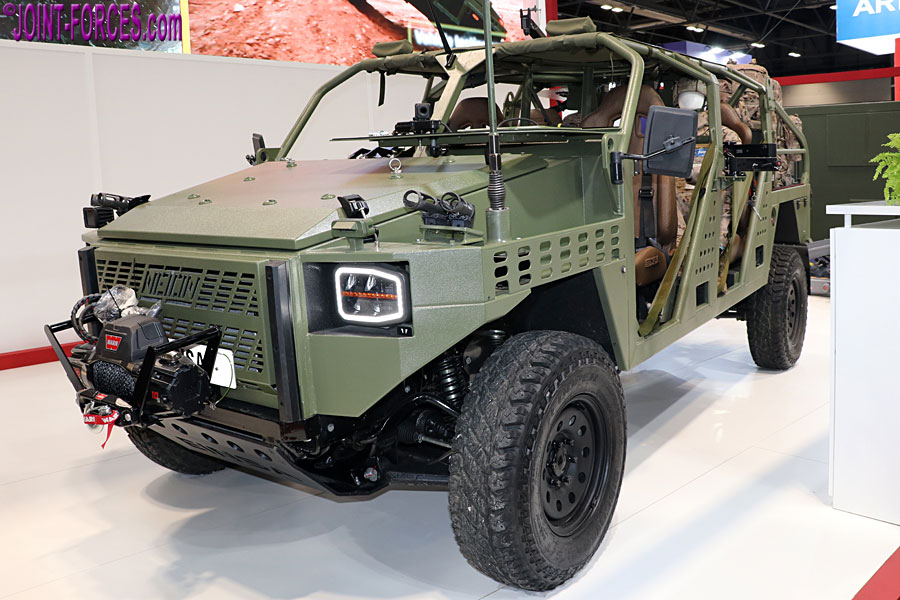 Based on a Toyota 4×4 chassis with a tubular frame open upper body, the NETON is powered by a 152kW / 204Hp diesel engine through a six-speed automatic gearbox giving a top road speed around 160km/hr or 100mph. According to the manufacturer the vehicle, which utilises COTS (Commercial Off-The Shelf) driveline and mechanical components, has kerb weight of approximately 2,400kg and can carry slightly over 1,000kg payload.

From images released yesterday by the Spanish MoD it appears that their version of the NETON has seating for four, with a central weapons ring mount and secondary commander’s pintle mount, but EINSA also offer a nine-seat (2+3+4) configuration. It is air-transportable by C-130, C-295 and A400M military aircraft and two could be carried inside a CH-47 Chinook helicopter, though one is more likely.