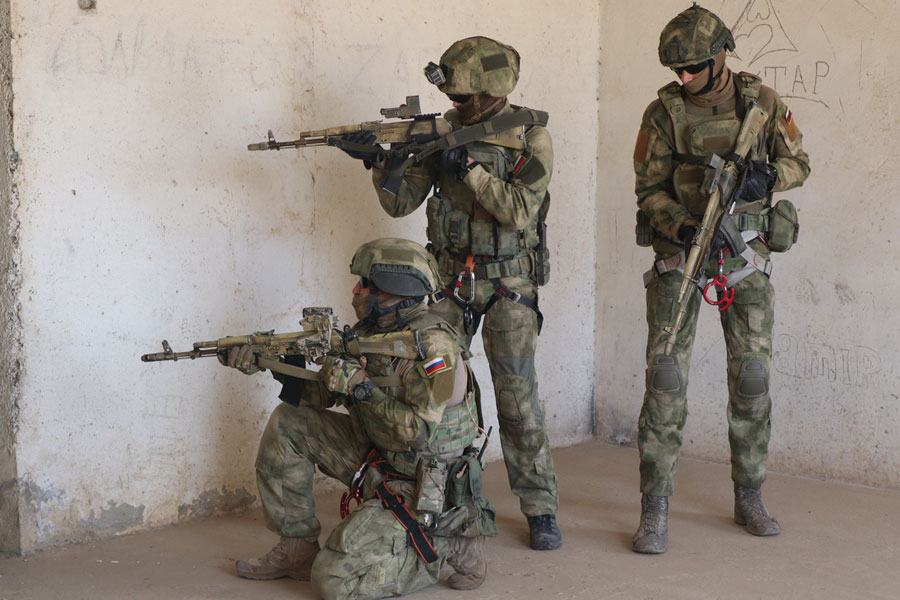 Destruction of a notional enemy by soldiers of the Central Military District at the COBALT-2021 CSTO CRRF exercise in Tajikistan.

Having blockaded the settlement, captured by the notional enemy, the servicemen, under the cover of large-calibre machine guns mounted on armoured personnel carriers, carried out an assault. As a result, the leader of the notional gang and several simulated militants were taken prisoner, the rest were destroyed.

The Russian military contingent in the exercise was represented by servicemen of the Special Forces Unit [Spetsnaz] of the Central Military District and the Reconnaissance Battalion of the 201st military base, which was taking part in such an exercise for the first time.

In total, about 60 personnel and ten pieces of military equipment were involved, including two Mi-8MTV5-1 helicopters of the 201st Military Base Air Group.