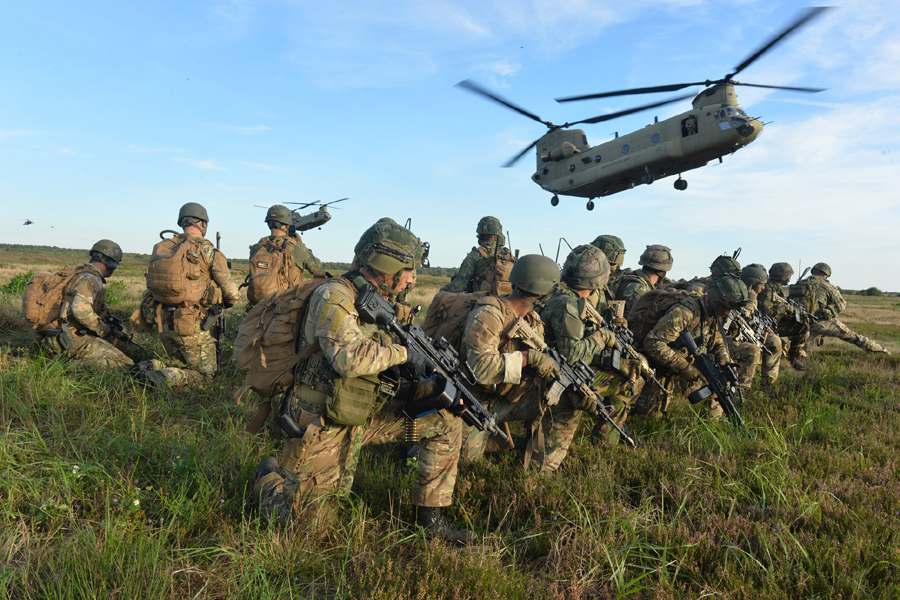 Press Release, Stadtallendorf, 01 November 2021: [Auto-translated] With the multinational Bundeswehr exercise GREEN GRIFFIN 21, the Rapid Forces Division strengthened national and alliance defence from September to October. In the largest exercise since the Corona outbreak, there were also two national certifications. Those responsible draw a positive conclusion.

A total of almost 2,500 soldiers, 850 vehicles and around 35 helicopters from the Netherlands, USA, Romania and Germany took part. Brigadier General Maurice Timmermans is the Dutch deputy commander of the Rapid Forces Division in Stadtallendorf and exercise director of GREEN GRIFFIN 21. He explains: “It is multinational when Romanian soldiers secure a Dutch tank system for US helicopters that are used by a German-Dutch formation. And that’s exactly what we experienced at GREEN GIFFIN 21. “

National certification of the Dutch: The aim of the exercise was to practise and certify processes and procedures of the multinational ‘Air Mobile Task Force 11’ and the German ‘Aviation Task Force NATO Response Force 2022-24’. The 11th Dutch infantry battalion with helicopters of the 10th Transport Helicopter Regiment, the 12th American Combat Aviation Brigade and the Dutch Defensie Helicopter Commands were flown from Klietz to Lehnin in order to carry out a surprise attack. The Dutch soldiers successfully fulfilled this task, so that they received the national certification for this ability.

Successful preparation for the VJTF 23: The German Aviation Task Force NATO Response Force 2022-24 is part of the German contribution to the Very High Readiness Joint Task Force, or VJTF for short, for the year 2023. The VJTF, known as the NATO spearhead, is part of the NATO Response Force. With the Task Force, NATO can react quickly and flexibly to developments in security policy and thus makes an important contribution to national and alliance defence. The German aviation part of the task force consists of helicopters from the 36 Combat Helicopter Regiment from Fritzlar and the 30 Transport Helicopter Regiment from Niederstetten. An aviation task force is a mixed helicopter task force that supports combat on the ground from the air, but without having its own ground forces. In order to fulfil this mandate, the task force set up and operated a Forward Arming and Refuelling Point, or FARP for short. At the FARP, helicopters close to the deployment area are refuelled and rearmed. The exercise served as preparation for the NATO certification of the VJTF, which is to take place in the coming year. The national preparatory exercise according to NATO criteria was successful.

Ready for use, anytime, anywhere in the world: At the end of the exercise, the commander of the Rapid Forces Division, Major General Andreas Hannemann, summed up the exercise: “Only recently, during the military evacuation operation in Afghanistan, we demonstrated that we fully live up to our motto ‘ready for action – anytime – anywhere in the world’. This claim also applies to the national and alliance defence that we practised at GREEN GIFFIN. We are the fastest, we are the first and, as air-moving forces, create the entrance for major follow-up operations. I would like to thank everyone involved, especially for the support of our allies.”