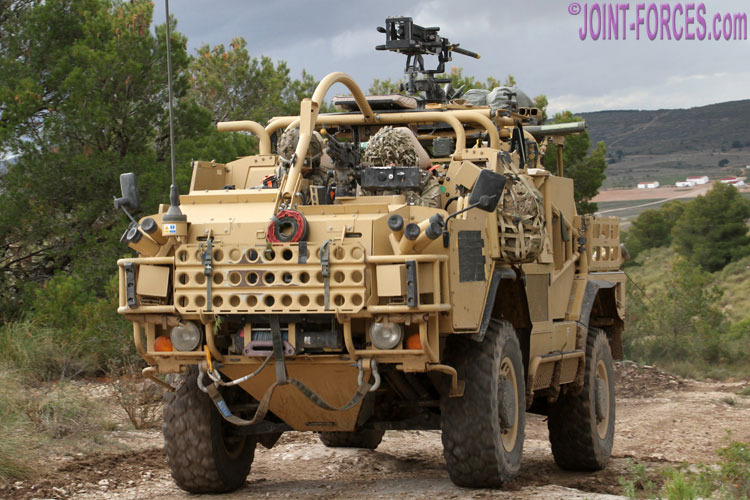 News Release, Whitehall, 27 October 2021: British and Omani forces train to win on Exercise KHANJAR OMAN. The drills represent a key part of the [UK] Future Soldier programme by demonstrating the Army’s reach, its ability to work with allies in the joint environment, and the concept of the Land Regional Hub (LRH).

More than 650 soldiers from across the 4th Infantry Brigade and HQ North East (known as the ‘Black Rats’) are to be put through their paces for two months in the heat of the desert. Personnel from the Royal Irish Regiment and Royal Scots Dragoon Guards, supported by Army Air Corps Apaches and Wildcats, will work alongside an Omani battalion to demonstrate interoperability. Troops will conduct preparation from a base location before then commencing a series of three combined-arms missions, with the exercise concluding with a live firing range package.

Activity within Oman, which will be designated as one of the Army’s LRHs (designed to support expeditionary roles across the world), will also support the strategic effect of Operation FORTIS, the deployment of the UK’s Carrier Strike Group (CSG).

Oman is a key regional ally for the UK, with a defence agreement signed in 2019 paving the way for the Joint Omani-British Training Area in Duqm, where the Royal Tank Regiment exercised that year. This followed Exercise SAIF SAREERA 3 in 2018, which involved 5,500 British troops and nearly 200 armoured vehicles; this represented the largest Army deployment to Oman since 2001.

As ever, although the mission of the combat arms is to take the fight to the simulated enemy, they could not do so without the support of those within communications, engineering, intelligence, and logistical roles. The LRH in question will form part of the Global Hub, enabling the British military to meet the challenges of the 21st century.

The presence of Army personnel in Oman, from a wide range of cap badges, for longer provides greater opportunities for joint training and operations. As well as commitments nearer to home, these deployments strengthen our national security by providing greater understanding of parts of the world where the UK has security interests and providing a firm base from which to rapidly respond if required.