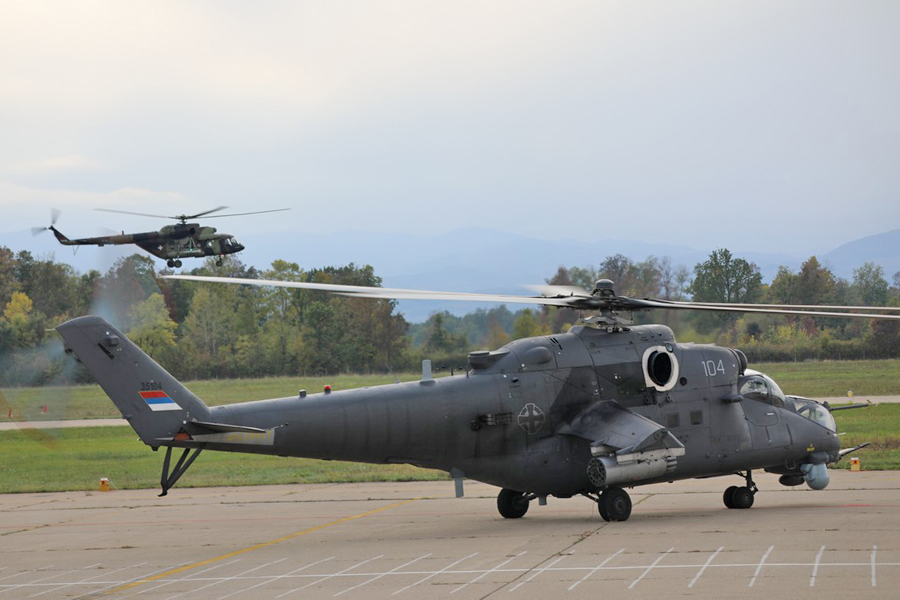 Russian and Serbian helicopter and jet pilots have practised a rescue operation within the BARS 2021 joint tactical flight exercise.

During the exercise, the airborne personnel took up defensive positions in a given area to ensure the safe evacuation of the notionally injured. The Mi-8 helicopters searched for people requiring medical assistance, hovered over a point, descended rescue workers and equipment, climbed aboard of the conditionally wounded and provided first aid. The cover of the search and rescue operation was carried out by the crews of the Mi-35 combat helicopters with the practical use of aviation weapons.

The exercise involves joint crews of the two countries on MiG-29 airplanes and Mi-8 and Mi-35 helicopters. As part of the exercise, the flight crew will practice combat manoeuvring and air combat as part of a pair, performing low-speed attacks on MiG-29 fighters, landing and evacuating those in distress, complex aerobatics, combat use and other tasks as intended using Mi-8 and Mi-35 helicopters.

The BARS 2021 flight tactical exercise is held in accordance with international military cooperation. There are up to ten aircraft of Serbian Air Force and Air Defence.