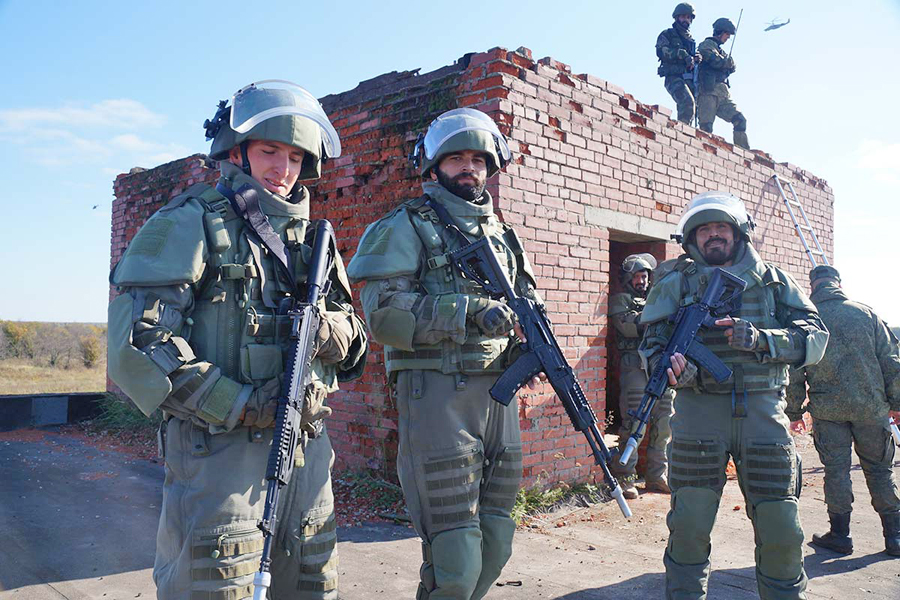 The Joint Russian-Pakistani training of Special Forces units ~ Exercise DRUZHBA-2021 or FRIENDSHIP 2021 ~ has ended in Kuban.

Some 200 servicemen from the armed forces of the Russian Federation and the Islamic Republic of Pakistan took part in the exercise. Before the closing ceremony, guests had the opportunity to watch a joint demonstration of commando groups from two countries storming a notional Egorovo settlement from the ground and from a helicopter.

During the exercise, the Pakistani servicemen were provided with Russian weapons and equipment. During the individual training, the Russian side conducted familiarisation sessions with weapons and practised tactical actions to occupy the line, withdrawal of the group, cover, evacuation of the wounded from the battlefield with firing, as well as providing medical assistance to the wounded. The exercise ended with joint operations of assault landing from the MI-8AMTSh Terminator helicopter, storming the town and evacuating the wounded using an armoured personnel carrier.

The DRUZHBA-2021 exercise took place from September 28 to October 9 at the Molkino training range in Krasnodar territory and was aimed at strengthening and developing military cooperation between the two countries. An engineering unit and Special Forces of the Southern Military District participated in the exercise on behalf of the Armed Forces of the Russian Federation.

The joint Russian-Pakistani military exercise DRUZHBA has been held since 2016, both on the territory of the Russian Federation and the Islamic Republic of Pakistan.