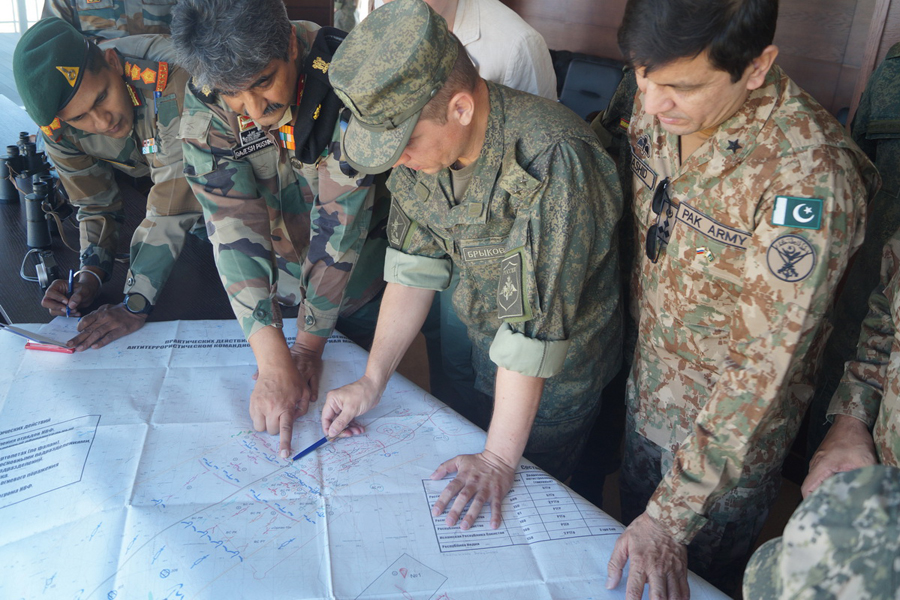 Press Release, Moscow, 16 July 2021: More than four thousand servicemen will take part in the joint military anti-terrorist command and staff exercise of the member states of the Shanghai Cooperation Organization (SCO) PEACE MISSION-2021, which will be held at the Donguz training ground in the Orenburg region.

The event was attended by representatives of eight countries – India, Kazakhstan, China, Kyrgyzstan, Pakistan, Russia, Tajikistan and Uzbekistan. The Russian military delegation was headed by the Deputy Chief of Staff of the Central Military District, Major General Nikolai Tereshchenko. According to the final protocol, the Exercise PEACE MISSION-2021 will be held from September 11 to 25, 2021. Military personnel of the People’s Republic of China and the Republic of Kazakhstan will use their military equipment at the exercise, representatives of other states will receive equipment from the Russian side.

Also, during the joint work, the participants visited the Donguz training ground, where they conducted a reconnaissance of the places of practical actions, examined the territory for the deployment of personnel. The exercise will involve the aviation of the Central Military District, in particular, Mi-8 helicopters, SU-24MR reconnaissance aircraft, SU-34 fighter bombers and IL-76 military transport aircraft.

The Exercise PEACE MISSION-2021 will be held in September on the territory of the Central Military District at the Donguz training ground in the Orenburg region. During the event, the military personnel will have to work out the tasks of preparing and conducting an anti-terrorist operation by the joint group of troops (forces) of the SCO member states.