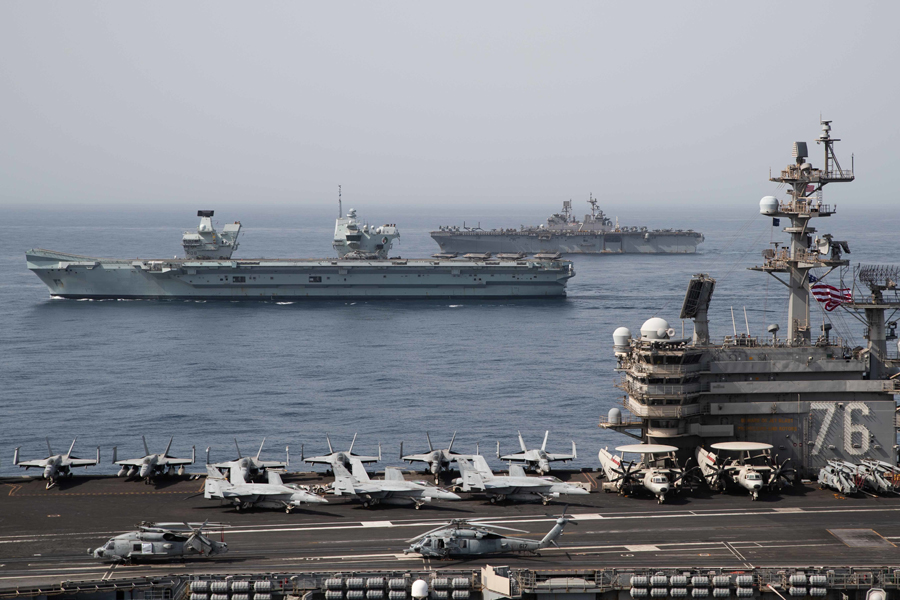 Yesterday, 13th July, the British Defence Secretary Ben Wallace and his US counterpart Lloyd Austin extended an agreement to enhance cooperation on aircraft carrier operations. The two met in Washington DC for a day of high-level talks on a range of shared security challenges, discussing the UK-US defence partnership, NATO, Afghanistan and the Carrier Strike Group.

In a follow-on UK MoD Press Release it was stated: “UK-US defence cooperation is the broadest, deepest and most advanced of any two countries in the world, combining the biggest defence budget in the world with the biggest in Europe, and the pair discussed opportunities to further deepen that partnership. Mr Wallace and Mr Austin extended an existing agreement covering Enhanced Cooperation on Carrier Operations and Maritime Power Projection, due to expire in January 2022, by an additional year.”