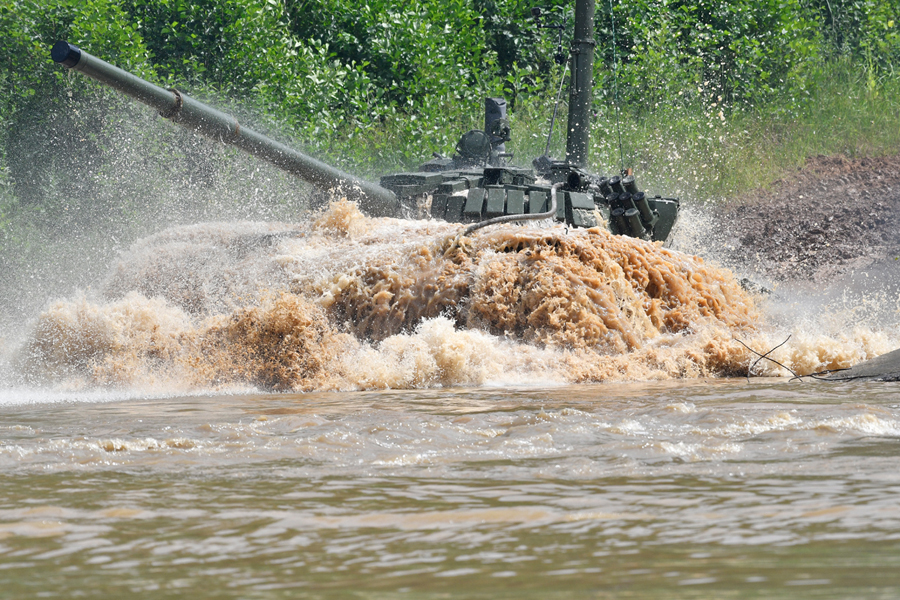 Underwater driving lessons were held in the Moscow suburbs with the crews of T-72Bs of the Taman Division of the Western Military District.

News Release, Moscow, 06 July 2021: [auto-translated] In the Moscow region, at the Golovenki training ground, over 100 crews of T-72B tanks of the Taman Motorised Rifle Division of the Guards Tank Army of the Western Military District (ЗВО or ZVO) worked out overcoming a water barrier by driving along the bottom.

Classes were held at the hydrodrome with a water depth of up to 5m and a width of more than 100m. In conditions of zero visibility, the driver-mechanics, guided by the instruments, controlled the combat vehicle without shifting gears, stopping and making sharp turns.

Tankers were equipped with individual rescue equipment, isolating IP-5 gas masks. This equipment is designed to rise to the surface of the water in the event of a tank stopping or flooding. With an insulating gas mask, a soldier can spend more than two hours under water.

To be permitted to drive under water, the tankers underwent a light diving training course, during which they worked out the standards for using an insulating gas mask and for leaving a combat vehicle when the engine was stopped on a special flooded model of the tank.