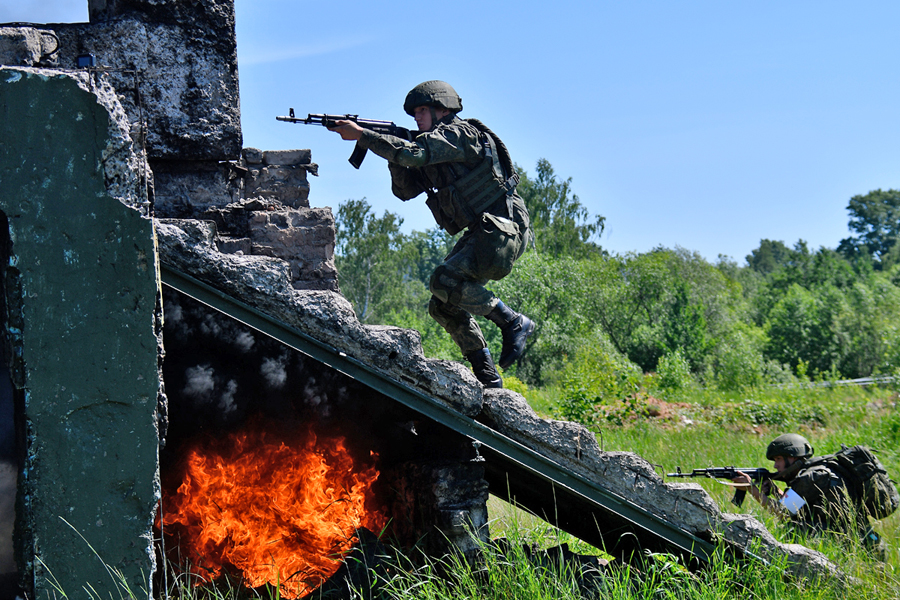 In the suburbs of the Moscow Region, Russian ЗВО (WMD) doctors worked out actions to evacuate notionally wounded troops from the battlefield.

News Release, Moscow, 21 June 2021: [auto-translated] In the Moscow region, at the Alabino training ground, servicemen of an independent medical battalion of the Taman motorised rifle division of the Guards Tank Red Banner Army of the Western Military District (WMD / ЗВО) worked out actions to evacuate notionally wounded from the battlefield on their professional holiday – Medical Worker Day.

As part of the training, the military doctors were tasked with providing first aid to the wounded during the conduct of simulated combat operations. The servicemen have worked out the actions on the ‘wounded’ soldiers and on specialised dummies that allow for surgical intervention. With the help of a special RS-05 ( РС-05) knapsack, doctors could fix the injured limb in the shortest possible time and evacuate from the battlefield. A feature of the training was the use of a large number of imitation tools that simulate not only the shots of a conventional enemy, but also bleeding when soldiers are wounded.

In total, more than 350 servicemen took part in the training, more than 50 units of military and special equipment of the WMD tank association were involved.