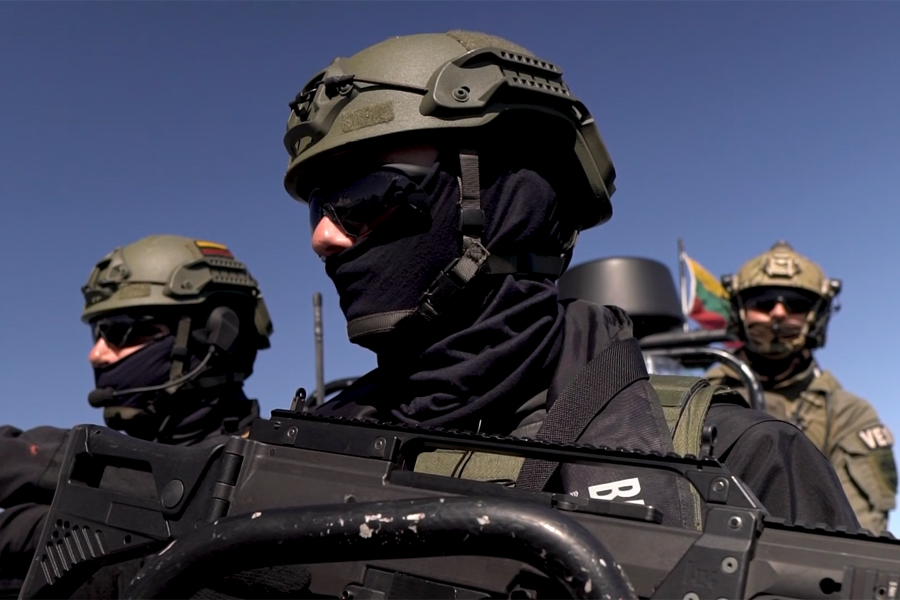 18 NATO Allies and Partner nations have gathered for one of NATO’s longest-running maritime exercises, BALTOPS, which is in its 50th iteration.

One of NATO’s longest-running maritime exercises, BALTOPS, is marking its 50th iteration. The 2021 exercise brings together forces from 18 NATO Allies and partner nations for a dynamic collective defence scenario that includes air defence, anti-submarine warfare, amphibious operations and mine counter-measure operations.

Held between 6 and 18 June 2021, BALTOPS (Baltic Operations) is an annual exercise designed to enhance interoperability and demonstrate resolve in the Baltic Sea region. The exercise is led by Naval Striking and Support Forces NATO (STRIKFORNATO).

This NATO Multimedia footage includes shots of UK Royal Marine Commandos performing a night landing and capturing a target on the Lithuanian coastline near the city of Klaipėda; Lithuanian Navy and Special Operations Forces conducting manoeuvres at sea in high-speed boats; Portuguese Marines conducting an assault of a port and a helicopter medical evacuation; and various naval forces manoeuvring in the Baltic Sea.

Baltic Operations, BALTOPS, BALTOPS 2021, Featured, NATO
You may also like