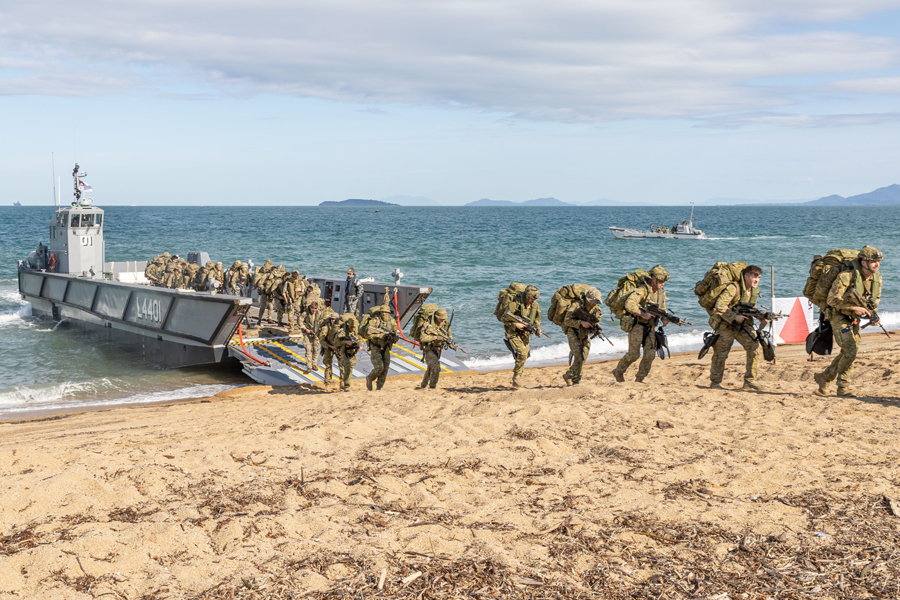 News Release, Canberra, 11 June 2021: There is a lot going on in the air, on land and at sea in Exercise SEA EXPLORER, which is landing on Cowley Beach in North Queensland until June 15.

The annual SEA series of exercises is a tiered training programme that hones the skills of Australia’s amphibious force, ensuring it is ready now and future-ready. After last month’s planning exercise SEA HORIZON, Exercise SEA EXPLORER allows nearly 1600 Army, Navy and Air Force elements to rehearse and perfect the intricate process of moving people and materiel from HMA Ships Canberra and Choules to shore.

Exercise SEA EXPLORER is the amphibious force’s preparation for July’s Exercise SEA RAIDER in which they will support the broader ADF as part of Exercise TALISMAN SABRE. Coordinating the insertion of sailors, soldiers and vehicles – including main battle tanks – by air and sea requires a focused effort to overcome challenges while maintaining safe and effective training.

“There is certainly a lot going on,” Captain Maxfield said. “SEA EXPLORER is our opportunity to bring our amphibious forces together to achieve initial training goals while ensuring we operate to the highest standards of safety before we pick up the pace on Exercise SEA RAIDER.

“I am continually very proud of the hard work and professional approach of the embarked amphibious forces and crews of Canberra and Choules.”

During Exercise SEA RAIDER, the focus will shift to tactics and further integration with a company of US Marines from Marine Rotational Force – Darwin, a strike company of Royal Marines from Bravo Company, 40th Commando Royal Marines, and a platoon of Japanese infantry from the Amphibious Ready Deployment Brigade.