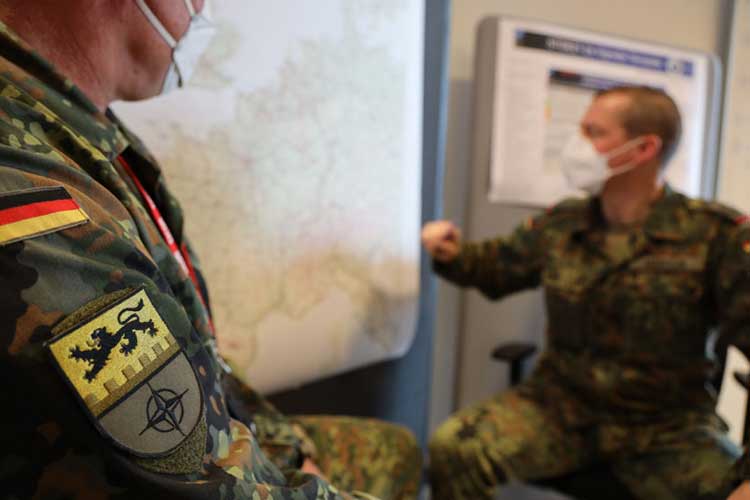 The forthcoming Exercise STEADFAST DEFENDER 2021 will involve 20 nations and is intended to test NATO readiness and military mobility.

Press Release, Brussels, 06 May 2021: NATO exercise STEADFAST DEFENDER 2021 kicks off this month, bringing together more than 20 NATO Allies and partners* from North America and Europe.

“Exercise STEADFAST DEFENDER 2021 will test NATO’s readiness and military mobility – with forces deploying across land and sea, all the way from North America to the Black Sea region and off the coast of Portugal,” said NATO Secretary General Jens Stoltenberg. “With over 9,000 troops, the exercise demonstrates that NATO has the capabilities and the resolve to protect all Allies against any threat,” he added.

STEADFAST DEFENDER 2021 will be the first large-scale test of NATO’s adapted Command Structure, with the involvement of two new NATO commands – Joint Support and Enabling Command based in Ulm, Germany and Joint Force Command Norfolk, based in the United States.

Lieutenant General Brice Houdet emphasised that STEADFAST DEFENDER 2021 is a long-planned defensive exercise. The first phase of STEADFAST DEFENDER 2021 focuses on the rapid reinforcement of NATO’s European Allies by North American forces. This phase is led by Joint Force Command Norfolk and will include a maritime live exercise with around 5,000 forces and 18 ships, including the UK’s Carrier Strike Group led by HMS Queen Elizabeth.

Meanwhile, a table-top part of the exercise will take part in Ulm, Germany. This will train and test the ability of NATO’s new Joint Support and Enabling Command to coordinate the speedy movement of Allied forces and equipment across European borders. Some 300 personnel will be involved in this part of the exercise.

In late May, NATO’s annual will take place under the umbrella of STEADFAST DEFENDER 2021.This will see the deployment of the Very High Readiness Joint Task Force (VJTF), led by Turkey, to Romania. Some 4,000 troops from 12 countries will be involved. Other associated exercises will take place in the region as well.