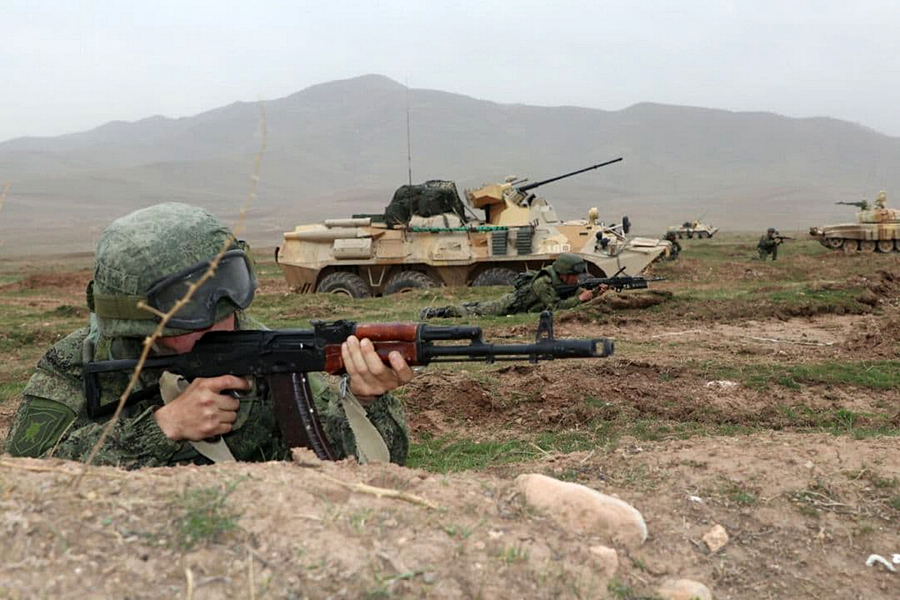 About two thousand Russian motorised infantry from the 201st Military Base in Tajikistan recently undertook live firing as part of unit training.

Subunits on vehicles made marches to the areas of the exercise, working out the deployment of command posts and the provision of stable continuous communications to control subordinate personnel in battle.

At the main stages of the exercise, the motorised infantry worked out the tasks of conducting combat operations in defence and offence with the execution of shooting from small arms, grenade launchers, armament of BTR-82A armoured personnel carriers, BMP-2 infantry fighting vehicles and T-72 tanks.

For reference: The 201st military base in Tajikistan is Russia’s largest military facility outside its borders. It is located in two cities – Dushanbe and Bokhtar. It consists of motorised rifle, tank, artillery, reconnaissance, air defence, signals and CBRN protection troops.

¤ Footnote: English and auto-translated Russian versions of this release have been combined.