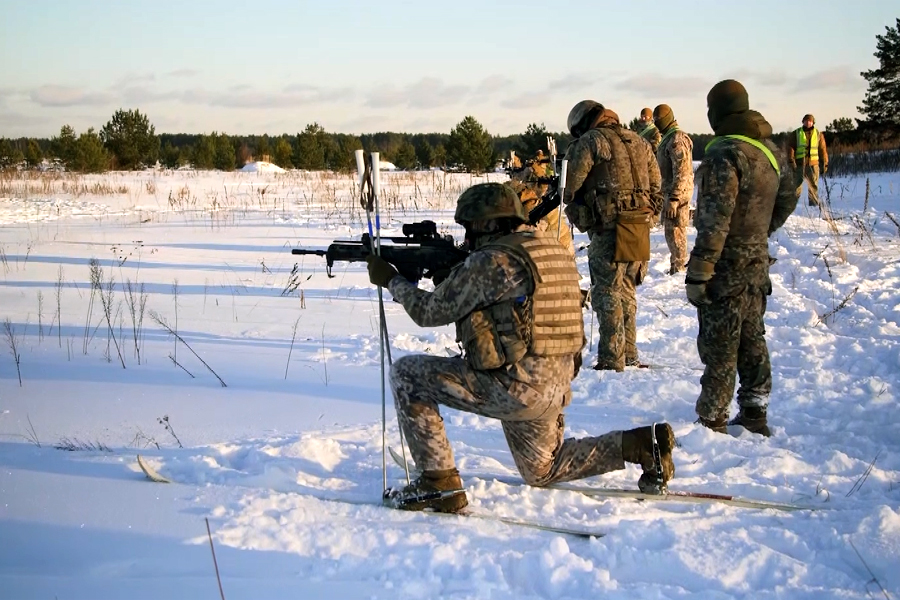 Skiing is not normally associated with most militaries but in Latvia a group of soldiers have been undertaking target practice while on skis.

Soldiers in Latvia have been practising their shooting skills while on cross-country skis. The training involved Latvia’s Land Forces Mechanised Infantry Brigade soldiers, based with NATO’s eFP (enhanced Forward Presence) Battlegroup in Latvia.

The soldiers were training in temperatures as low as -10° Celsius, to become more effective and skilful during winter conditions. They were also tested on their shooting skills, without the skis, but under stressful conditions. The Land Forces Mechanised Infantry Brigade conducted training in line with COVID-19 safety measures set by the Government of Latvia. During training outdoors, masks are in use if it’s not possible to keep the two-metre distance.

This NATO Multimedia footage, shot on the Ādaži Training Area earlier this month and released today includes shots of soldiers on skis shooting at targets from various standing positions as well as target shooting in forest areas.

The sequence also includes soundbites, in Latvian, from Platoon Commanders Čodars and Zūbergs:-